This was a pretty mellow day.  I slept in, got up and took Doug some lunch, came back and practiced my rental bass for a while, went to a department store a couple blocks away to pick up the money-saving Paris Museum Pass, and continued on down to spend a couple of hours at the Orsay Museum, which wasn't enough for a complete visit, but got me off to a good start.  I took a few photos out of the windows on the top floor: 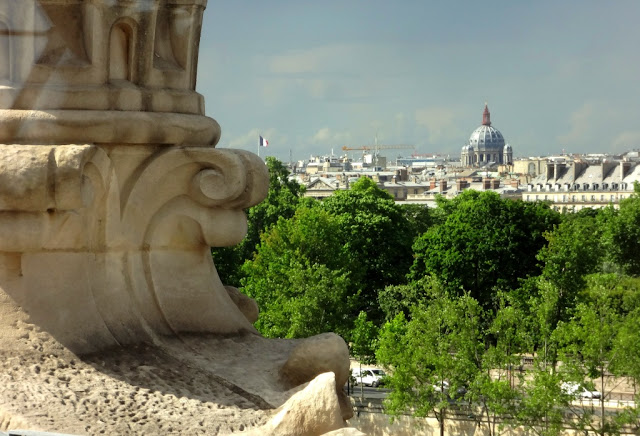 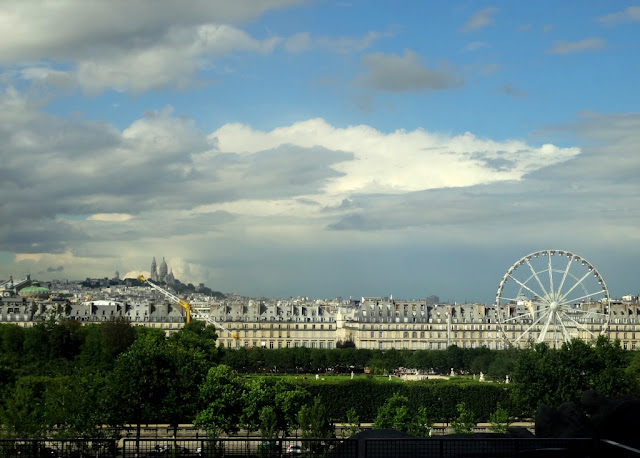 The gleaming and glittery upstairs cafe: 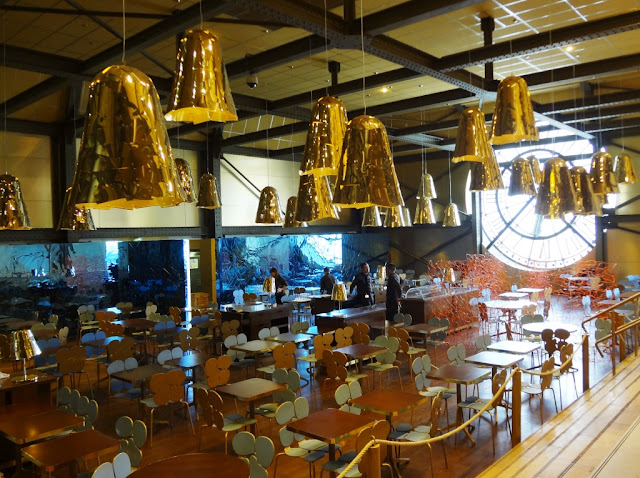 One of several clock windows: 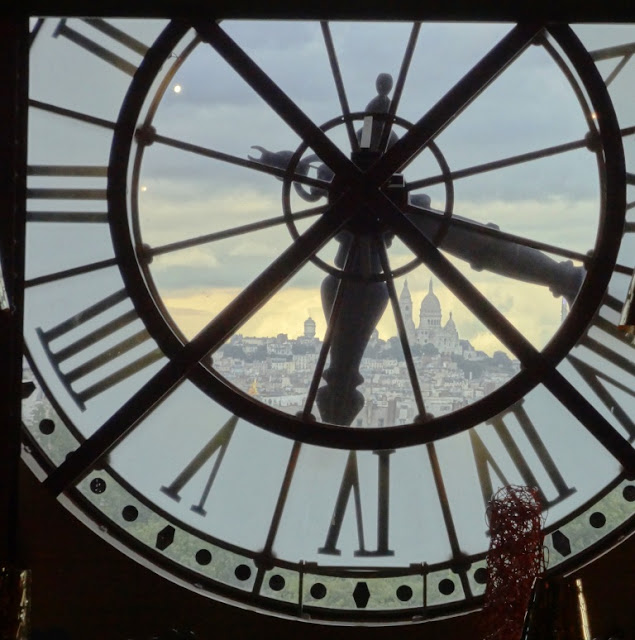 It was jazz night at the International Trombone Festival, so our evening plans were set.  But that concert was four hours long, people -  FOUR (4) HOURS!!!!  We heard a lot of really great playing in our barely padded seats during that four hour concert.  But even Doug was getting tired.  Nevertheless, we stuck it out to the very end.  That's how I know it lasted for four entire hours. 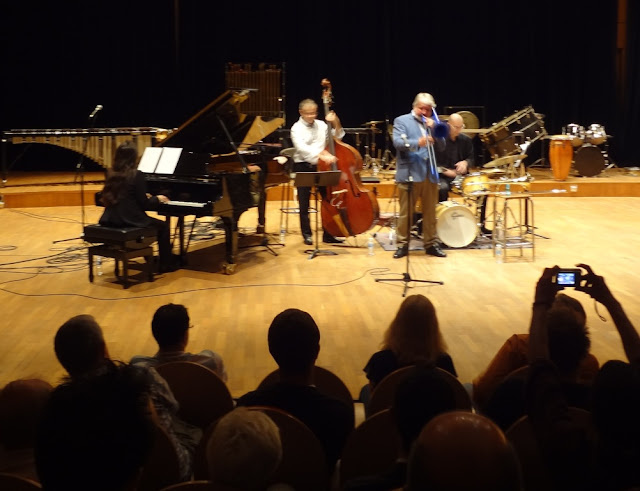