Since I was completely exhausted from shovelling snow for past two days, going for a little ride out in the country seemed like a nice relaxing thing to do.  For some reason I had a very strong urge to visit the Potomac River today.  The original plan was to take White's Ferry across to Virginia and then take Route 15 up to Point of Rocks and then head home.  But unbeknownst to me, White's Ferry was closed, so our little road trip became more random, with "Ooooh, let's see where that goes" being the main source of whatever next move we made.

None of this was planned, but I made a little map afterwards, of where we ended up going, starting at White's Ferry: 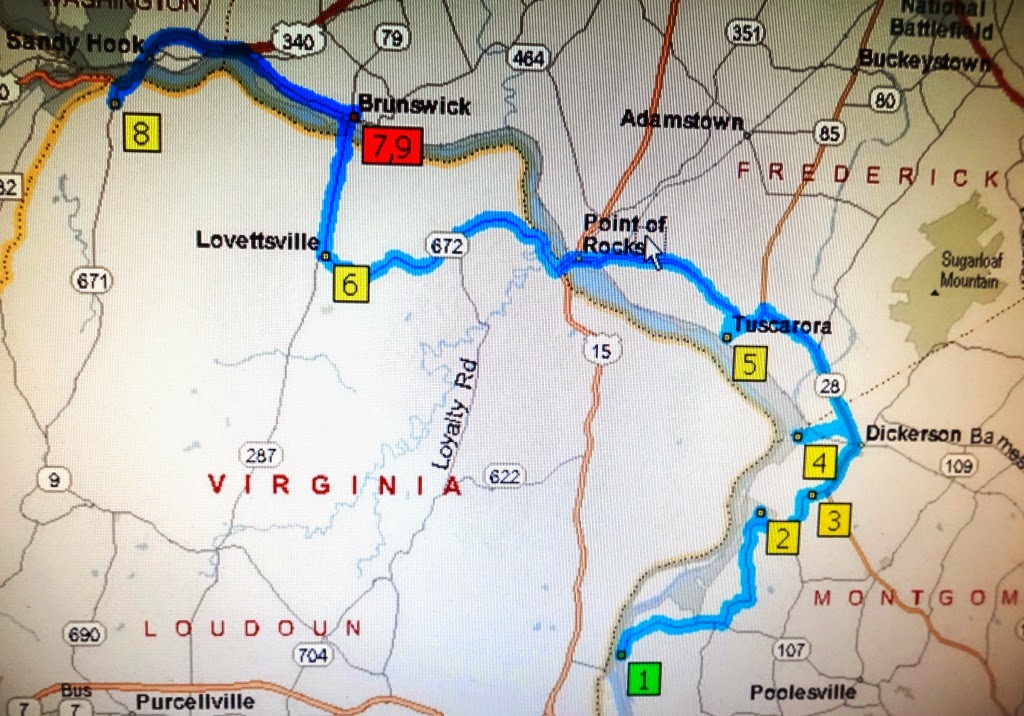 ﻿
﻿
We took two little side trips to look at the Potomac, first at the Mouth of Monocacy, and then at Nolands Landing.  We crossed into Virginia at Point of Rocks, went through Lovettsville VA, and headed back across to Brunswick MD.  Then we went a little farther north, just to see what was up there, and found ourselves all the way up at Route 340.  Since we had gone that far, we felt compelled to do one more crossing of the Potomac on 340, just below Harper's Ferry.  By then we were starving, so we turned around and headed back to Brunswick MD, where we had wonderful sandwiches and coffee at Beans in the Belfry, and then we headed home.
Here are some photos I took along the way: 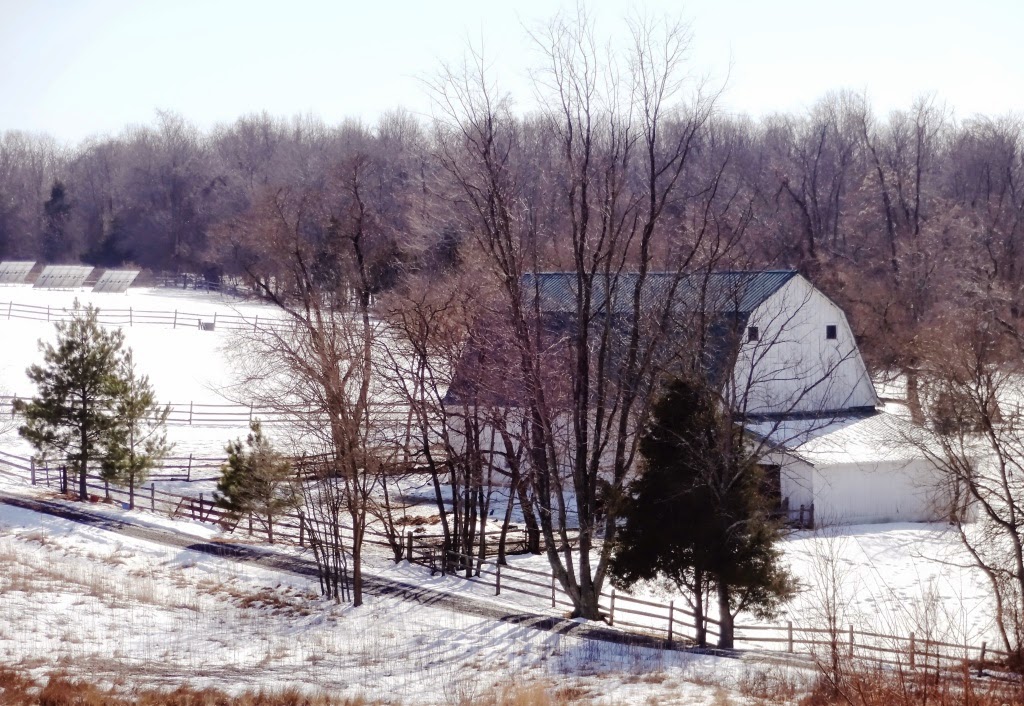 A lovely barn, somewhere between Poolesville and White's Ferry. 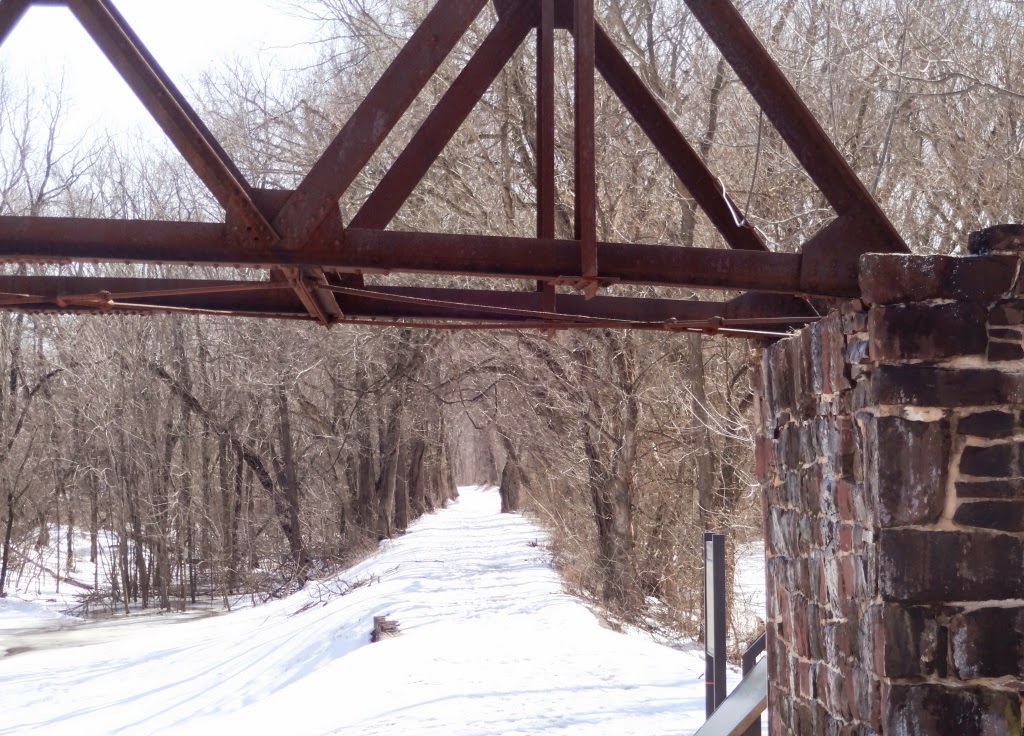 Looking south down the C&O Canal towpath at White's Ferry. 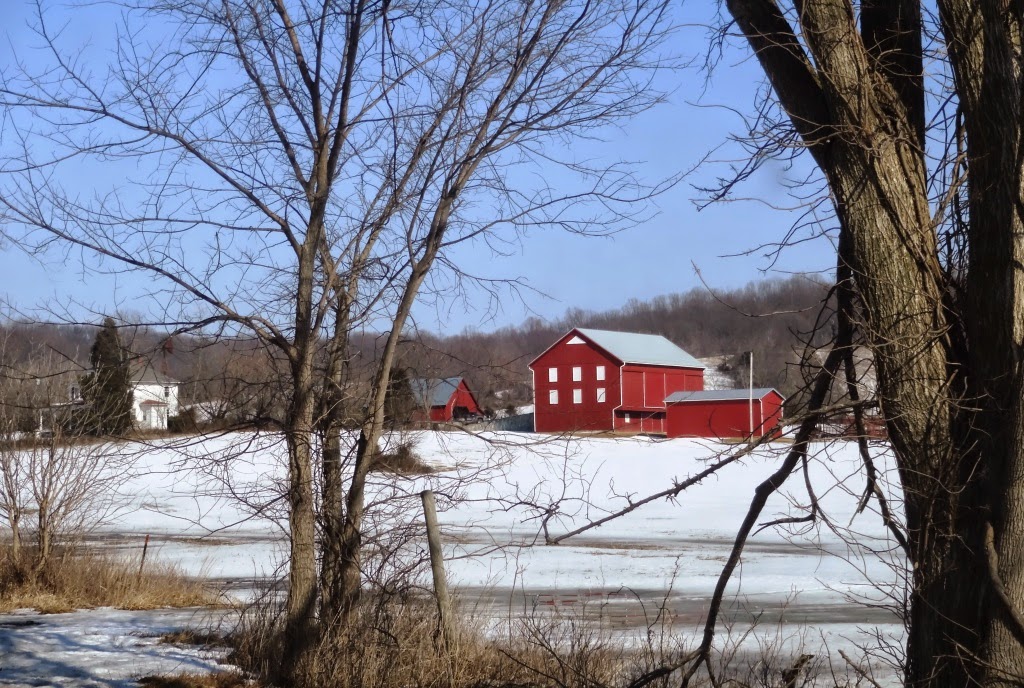 Another farm out that way. 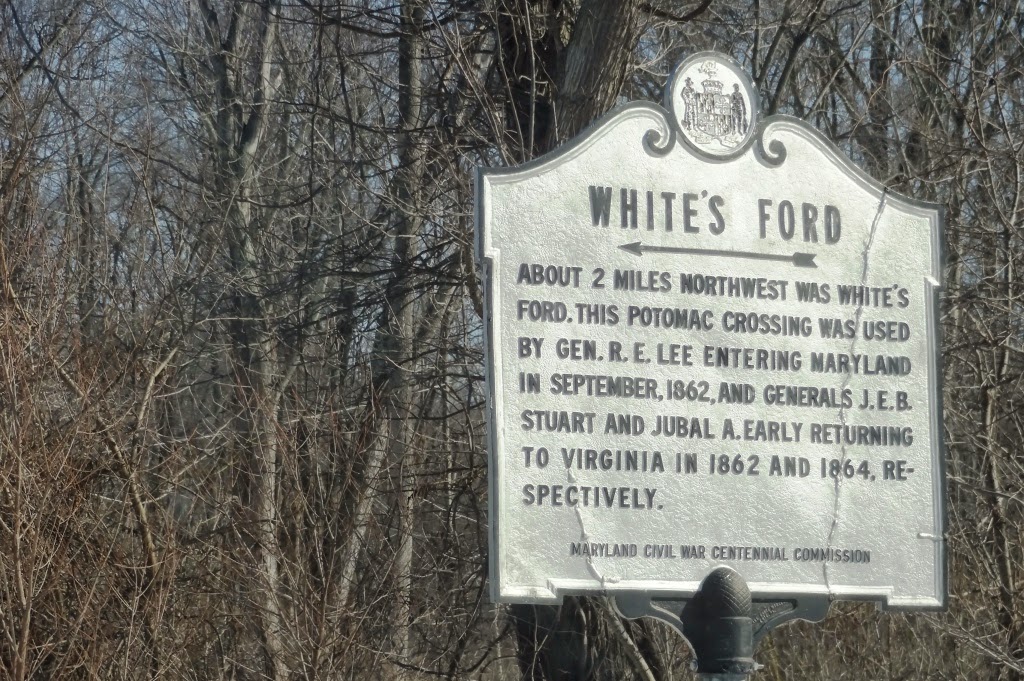 A ford is a shallow section of a river or creek where you can easily cross on a horse, or on foot.  It's difficult to imagine the Potomac being shallow enough for that, but apparently the Confederate soldiers thought it was perfectly fine.  Back in the slightly less olden days, there was a paved ford going across Rock Creek in DC, which you could drive across in a car. 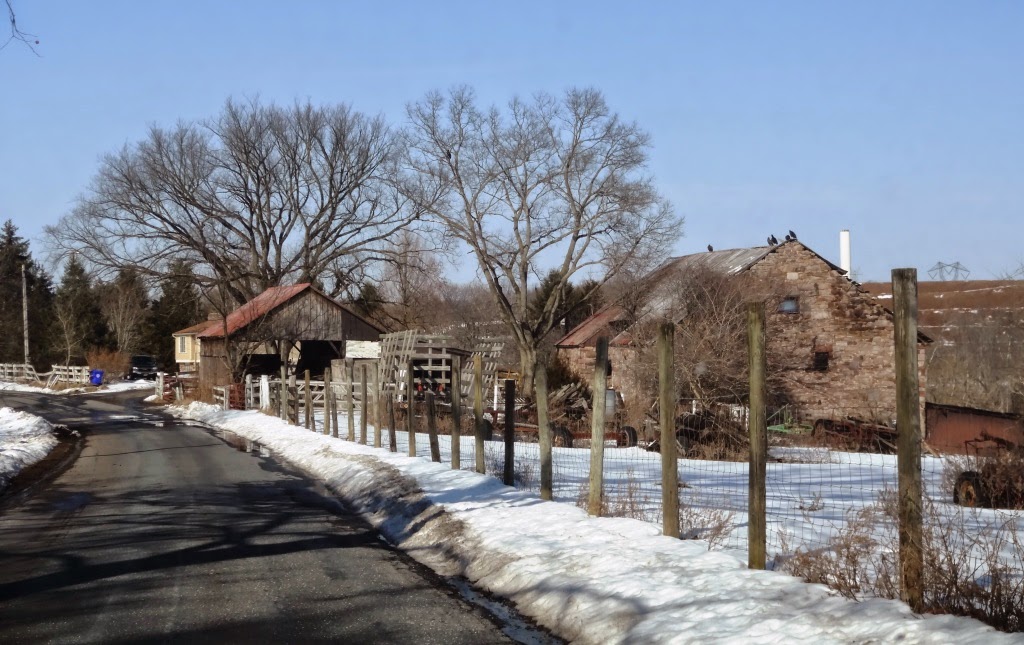 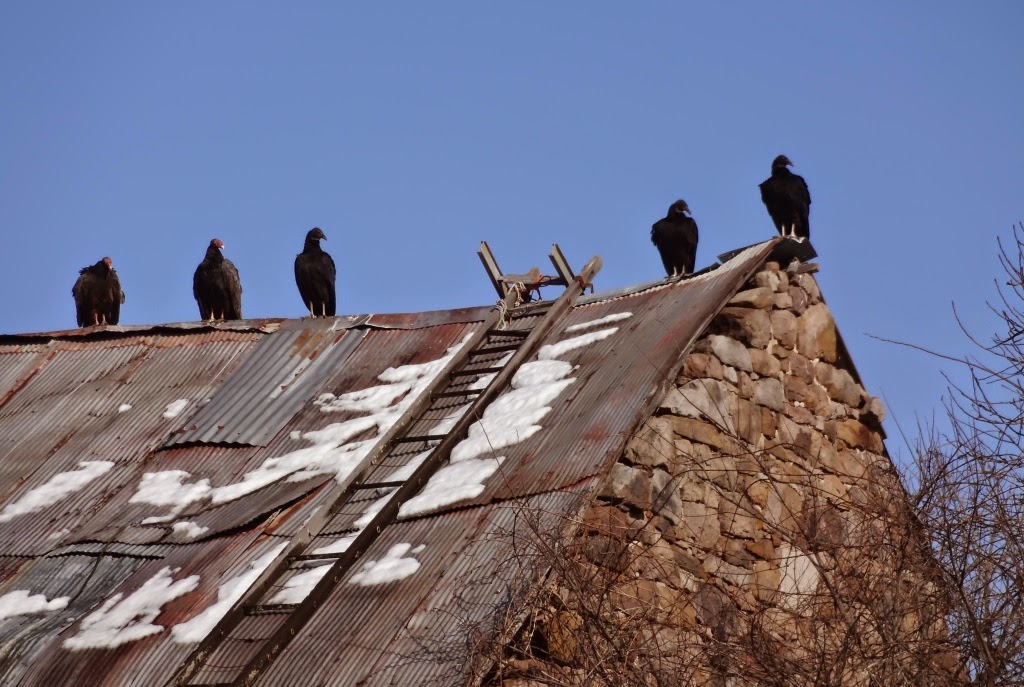 A farm along Martinsburg Road, with some vultures on the roof of the barn. 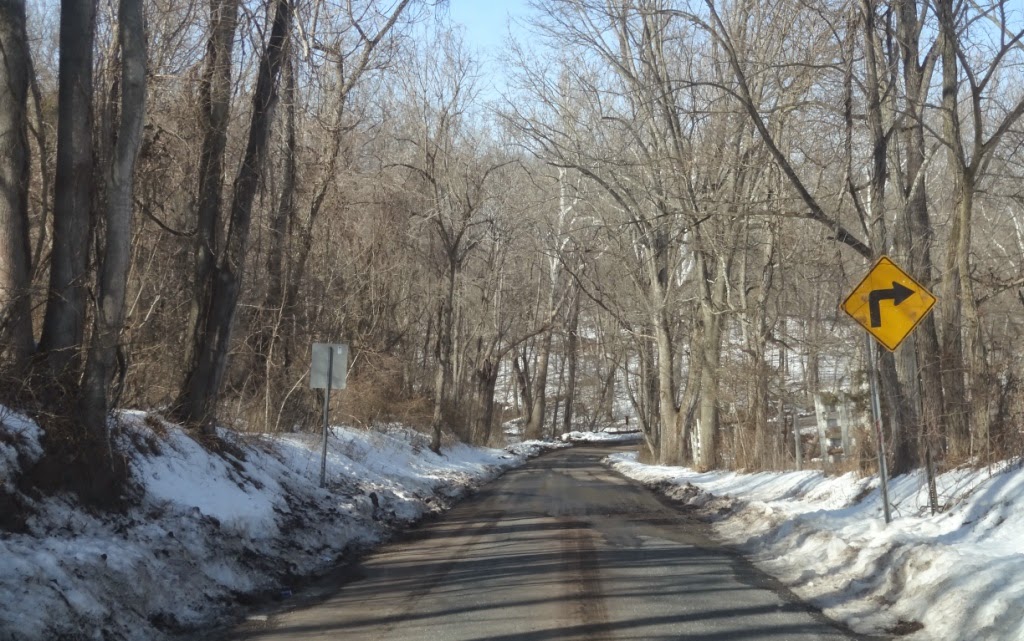 Heading towards the Dickerson Conservation Area. 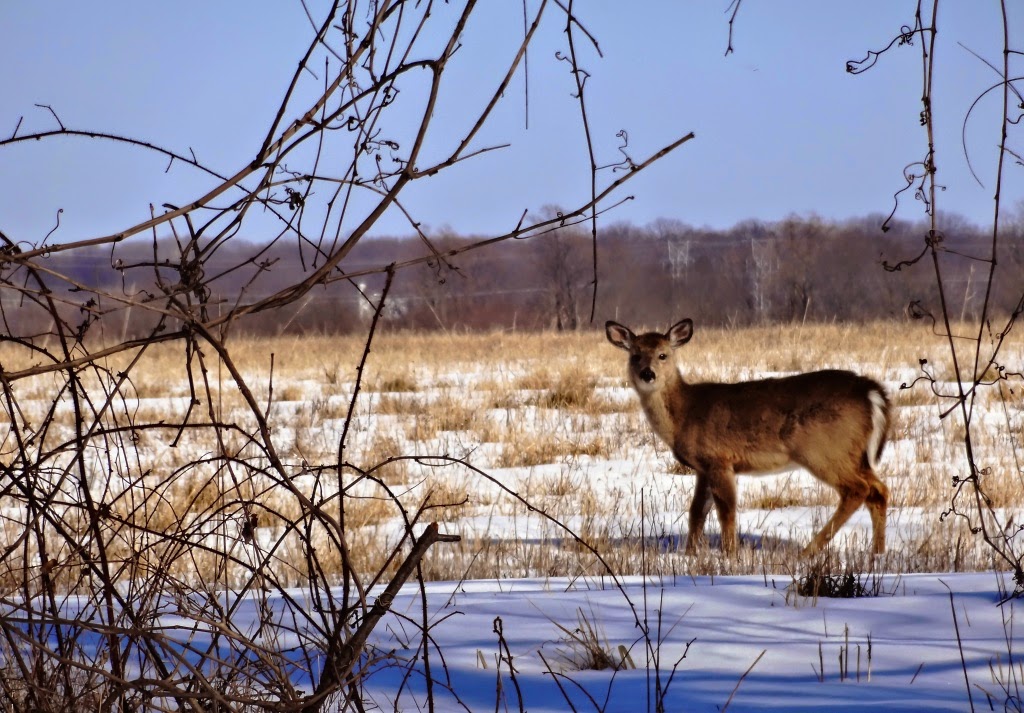 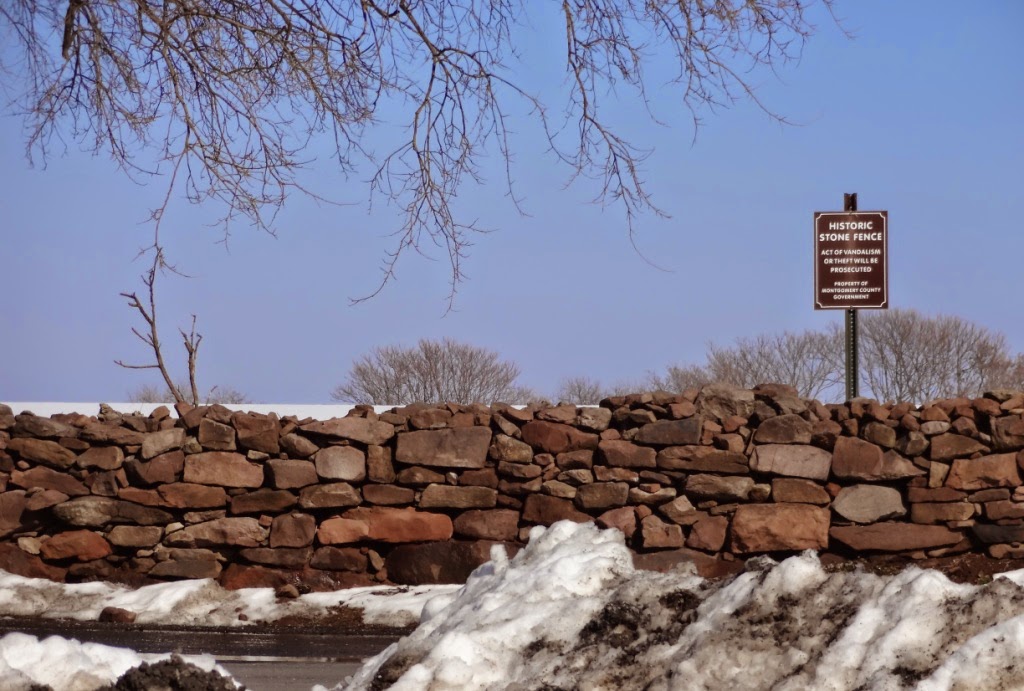 At Route 28, an historic stone fence. 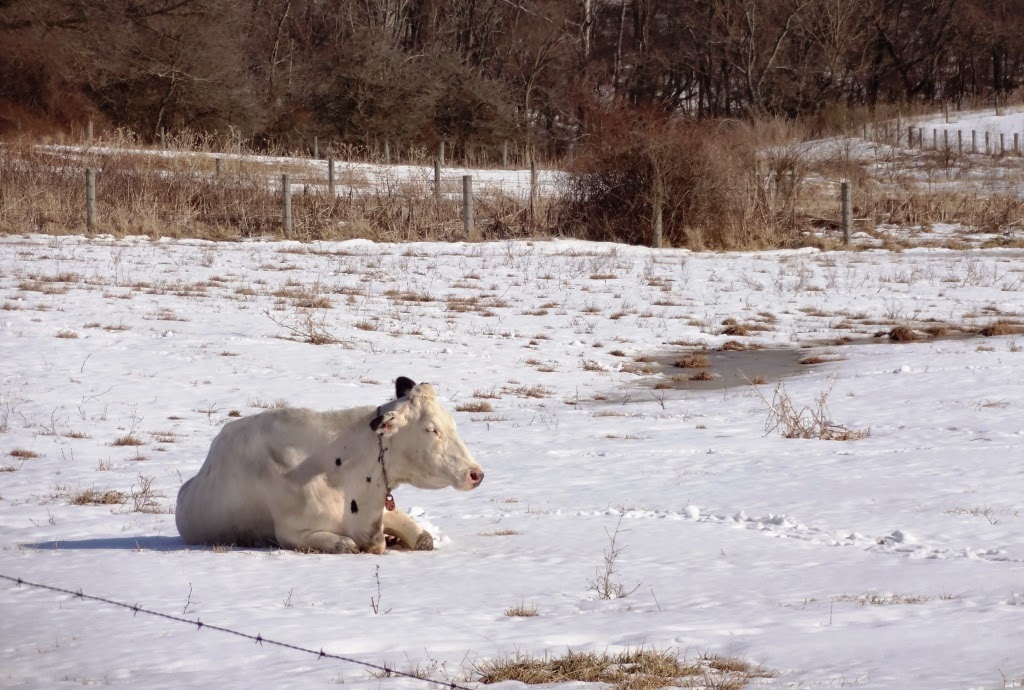 This cow seems right at home in the snow. 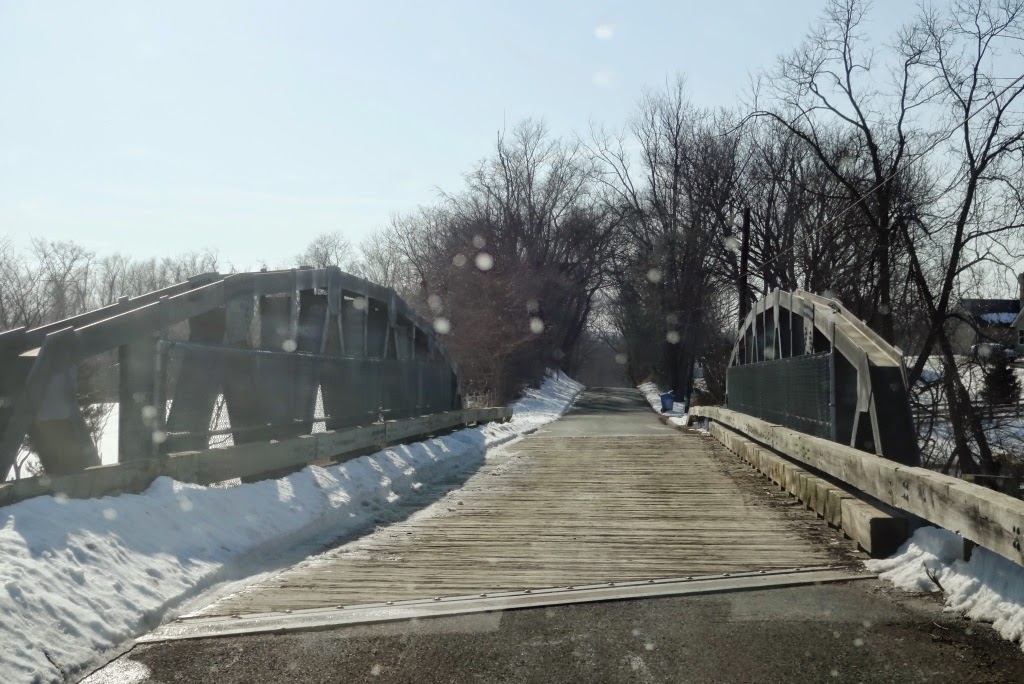 I love rickety old wooden bridges.  This one is on the way to the Mouth of Monocacy. 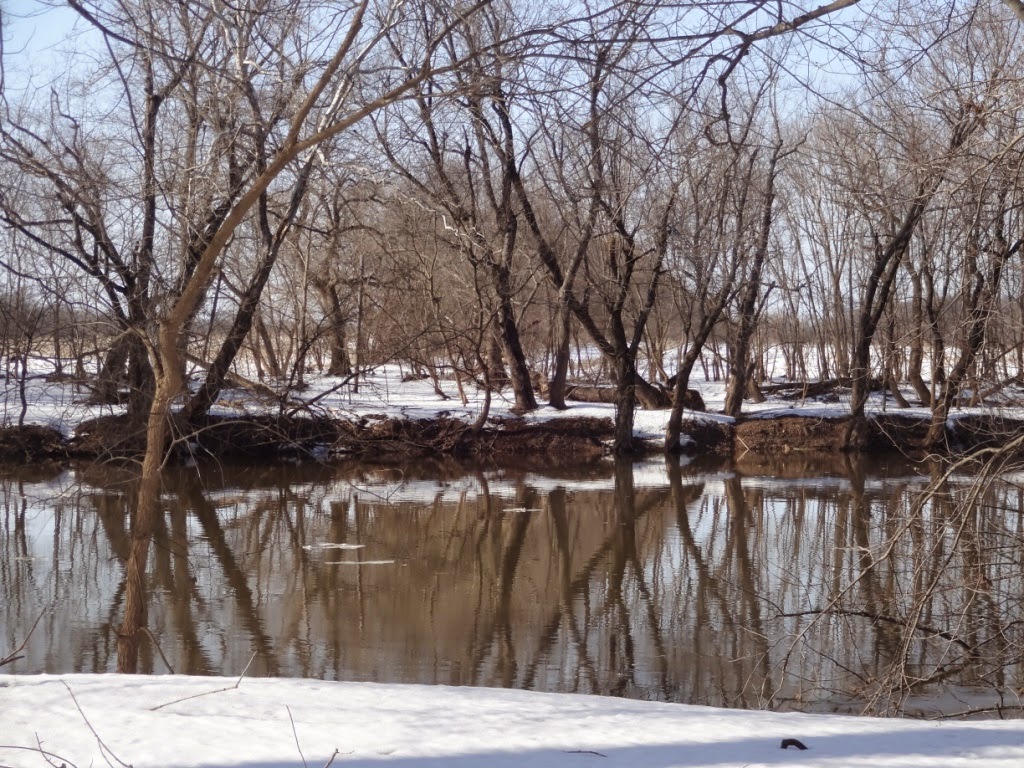 The Monocacy River, near where it empties into the Potomac. 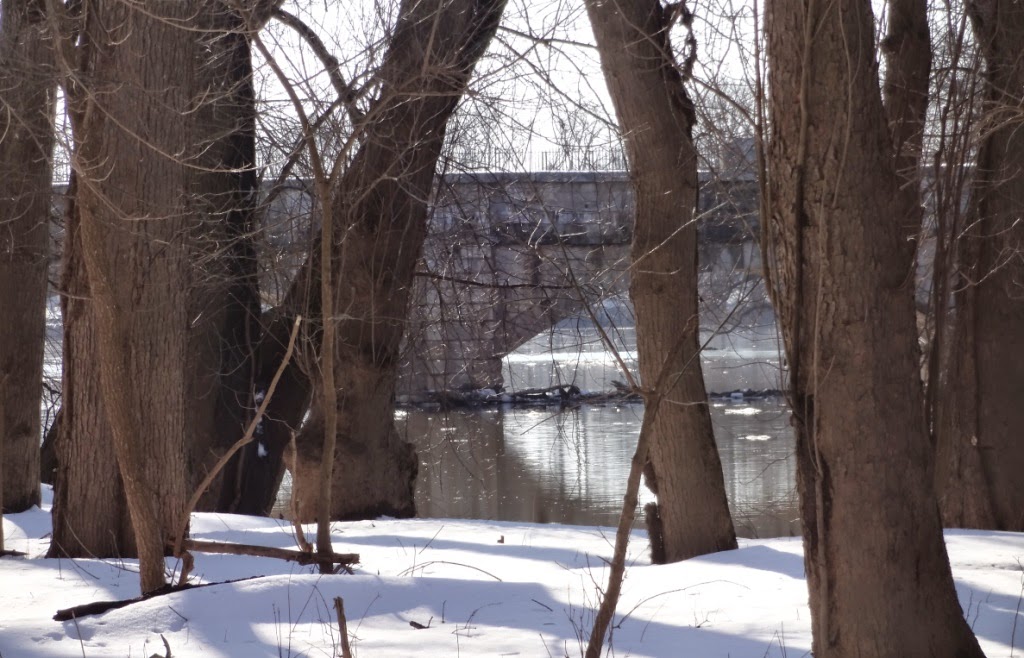 The Monocacy Aqueduct, behind the trees. 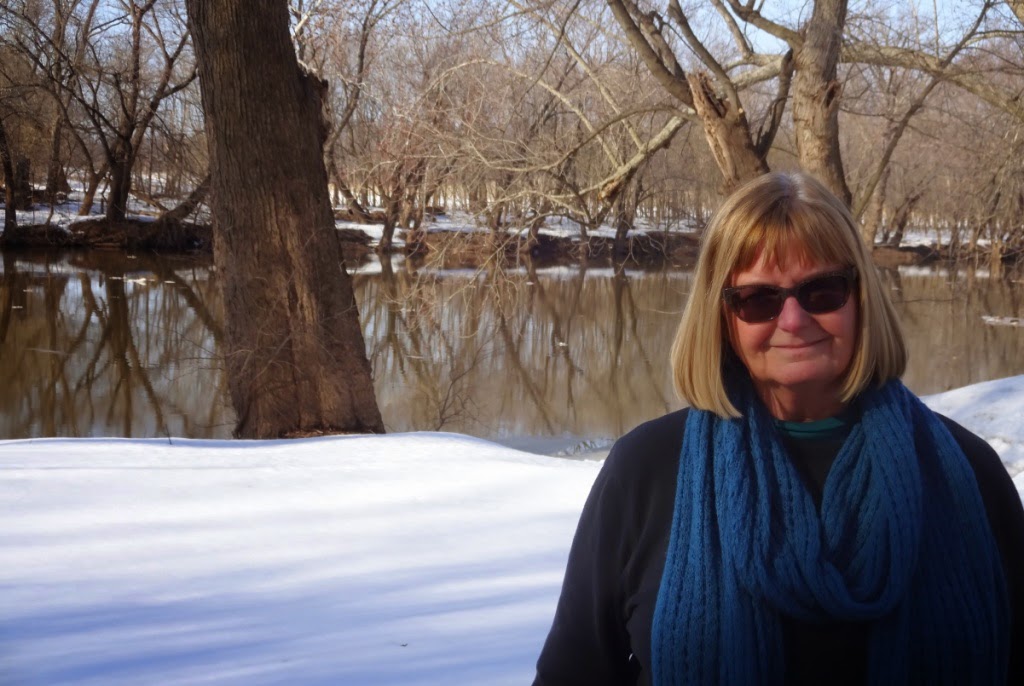 The Monocacy River, behind me. 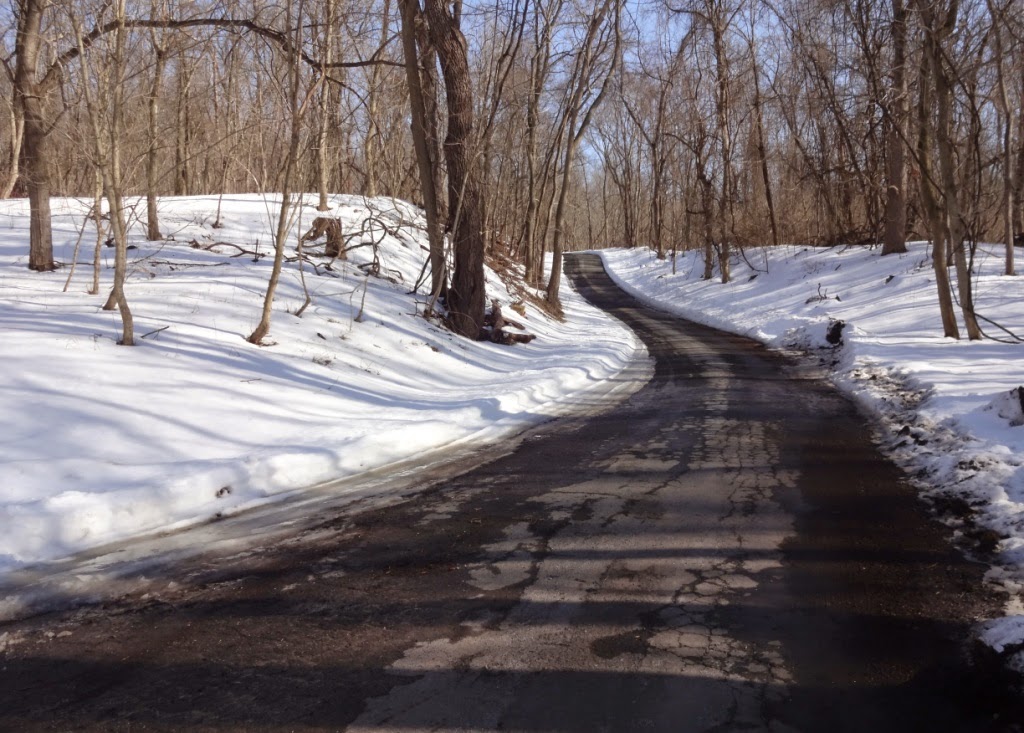 Heading back to Route 28 from the Mouth of Monocacy 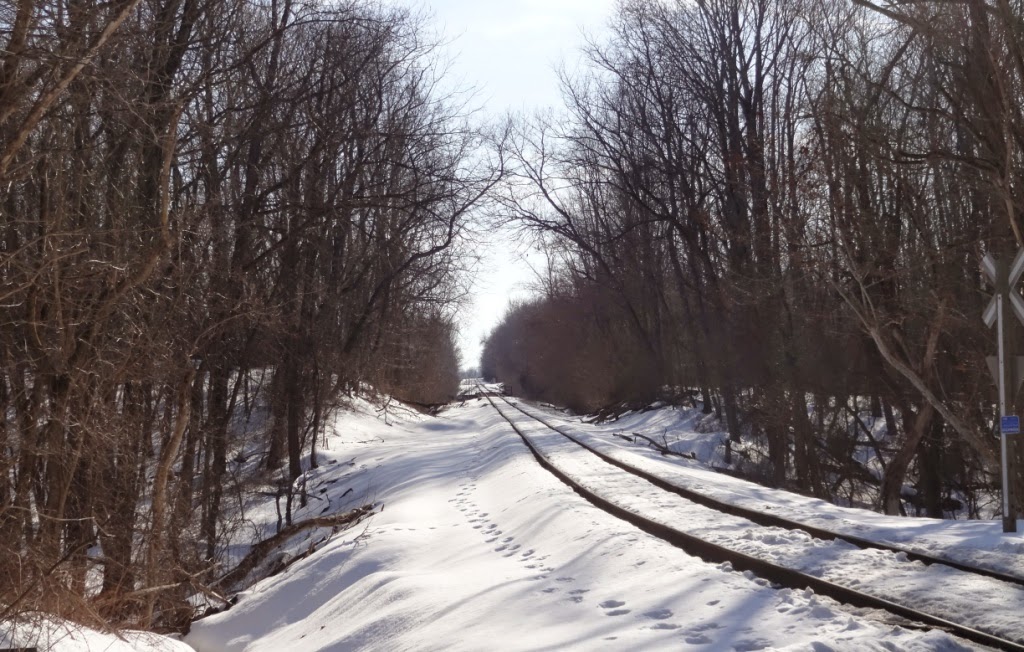 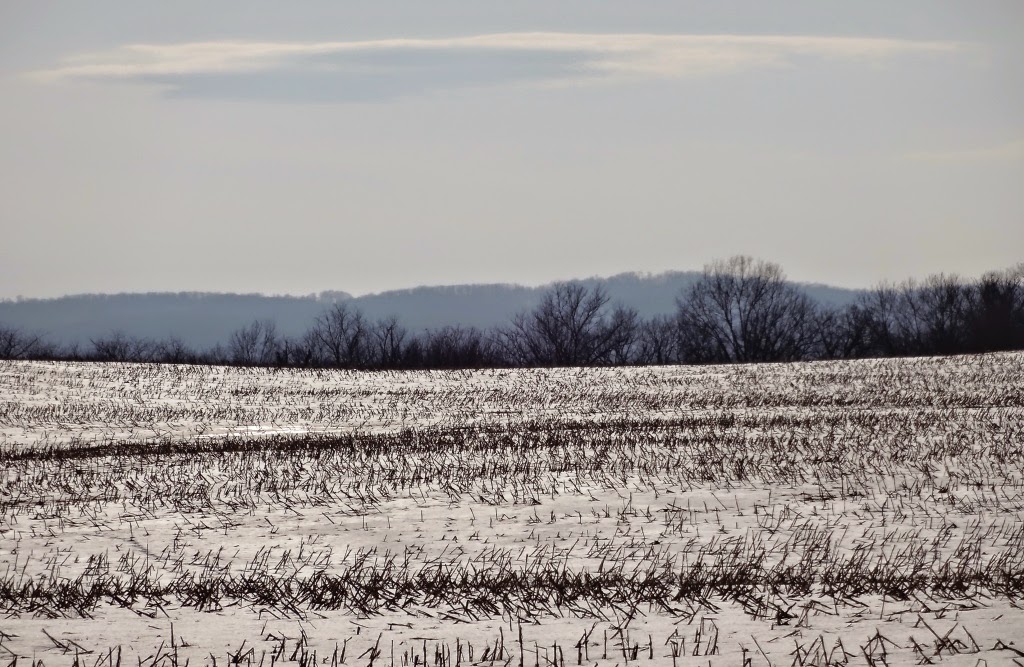 Across this field, and across the river behind those trees, are the Blue Ridge Mountains in Virginia. 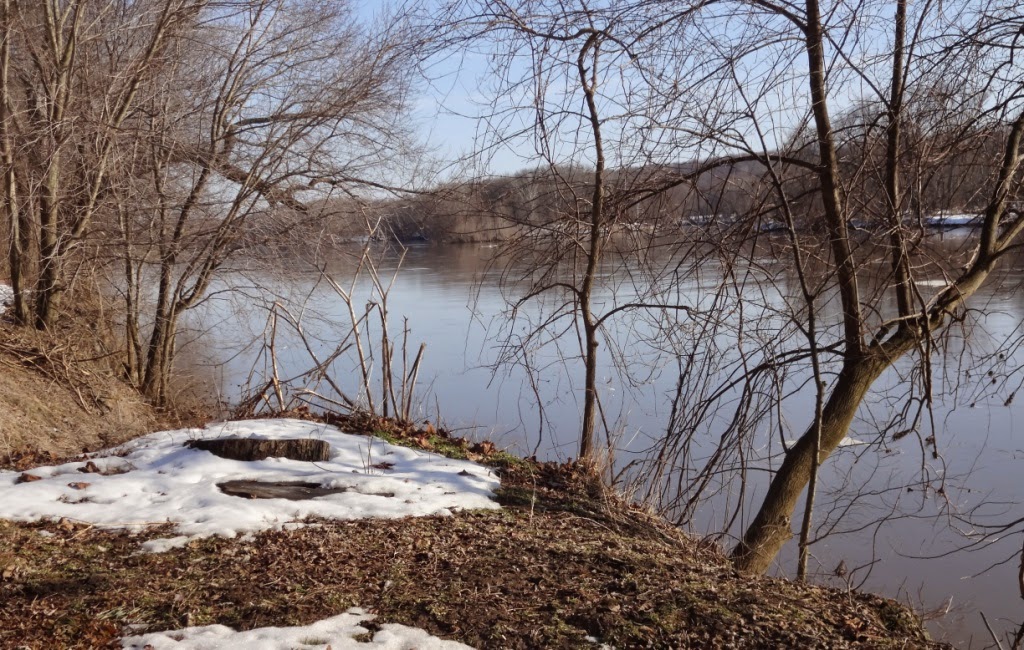 The Potomac River at Noland's Landing 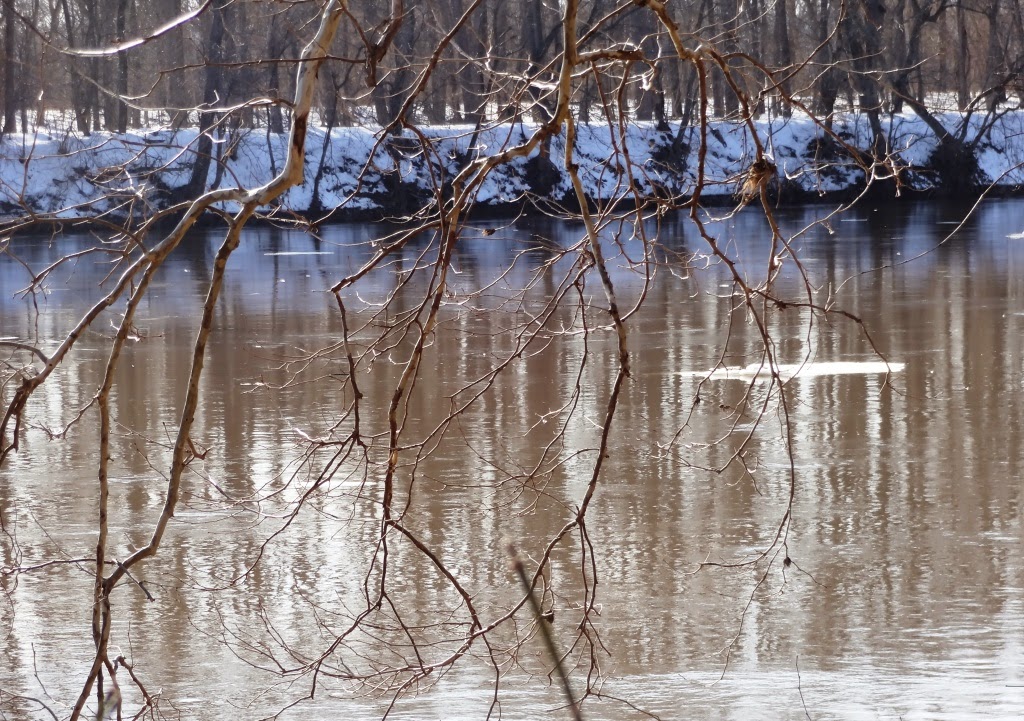 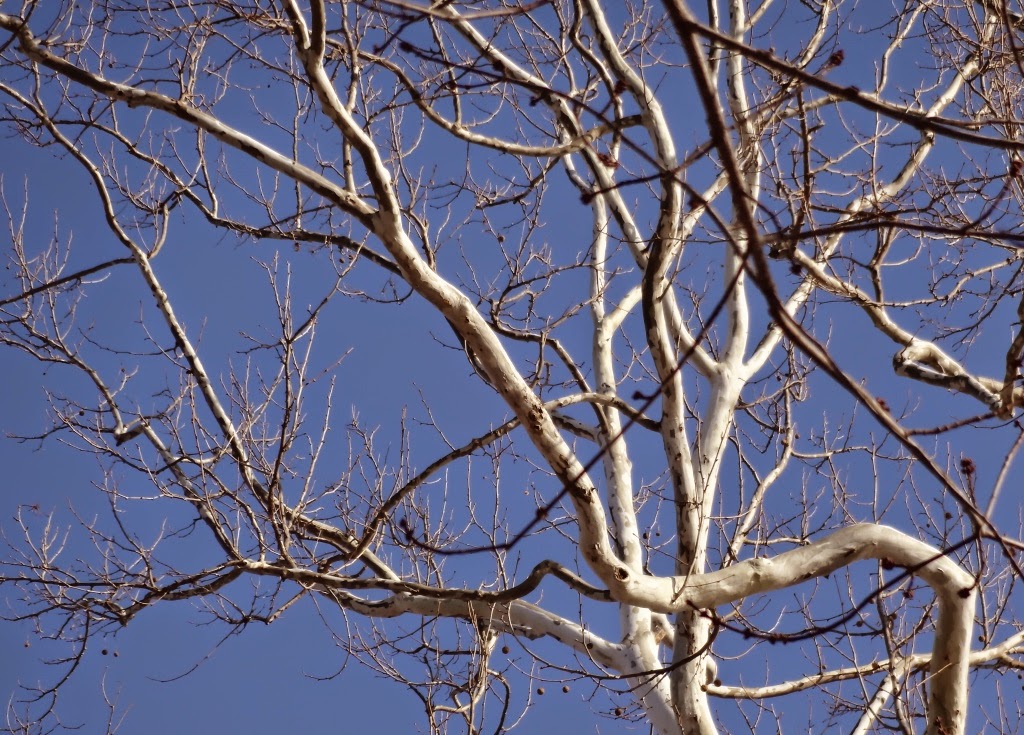 I love seeing sycamore trees against a blue sky in the wintertime. 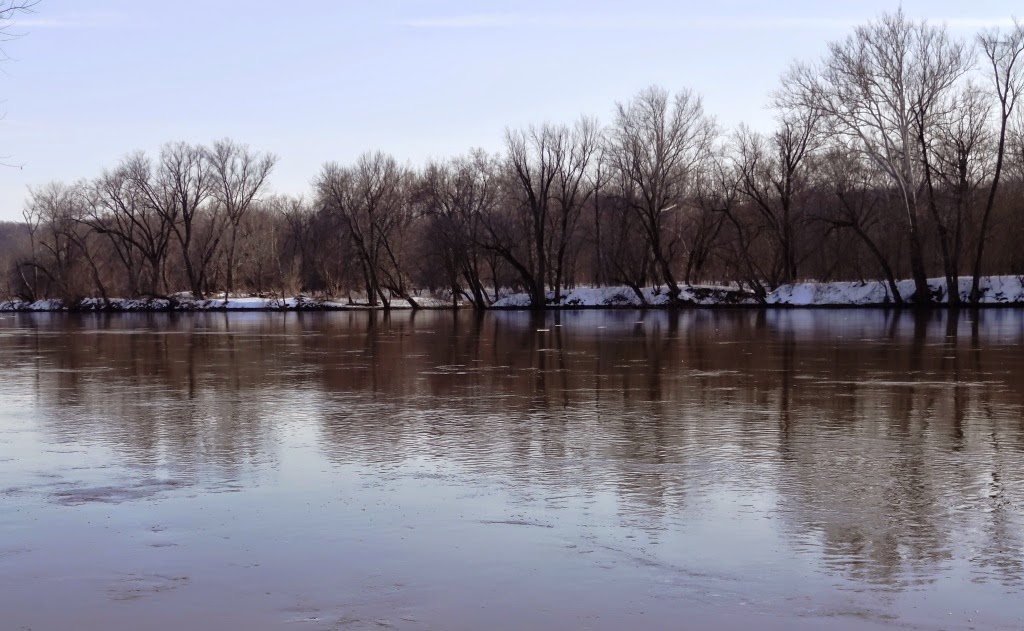 One last shot at Noland's Landing. 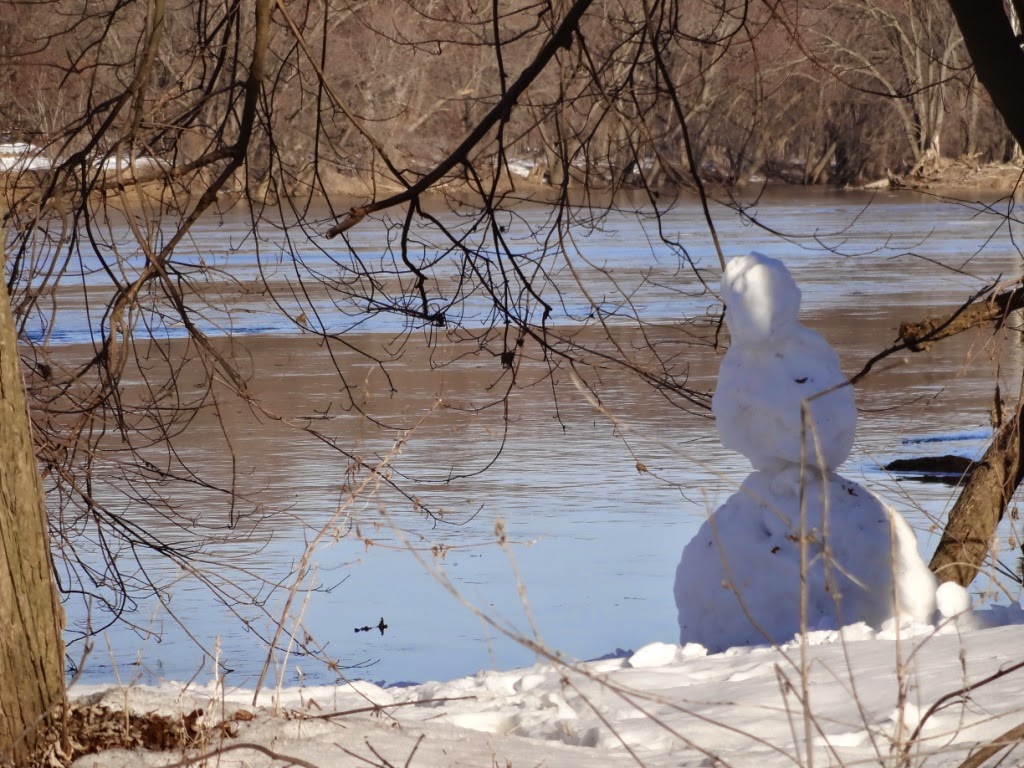 A snowman near Lovettsville VA gazes in wonder at the mighty Potomac. 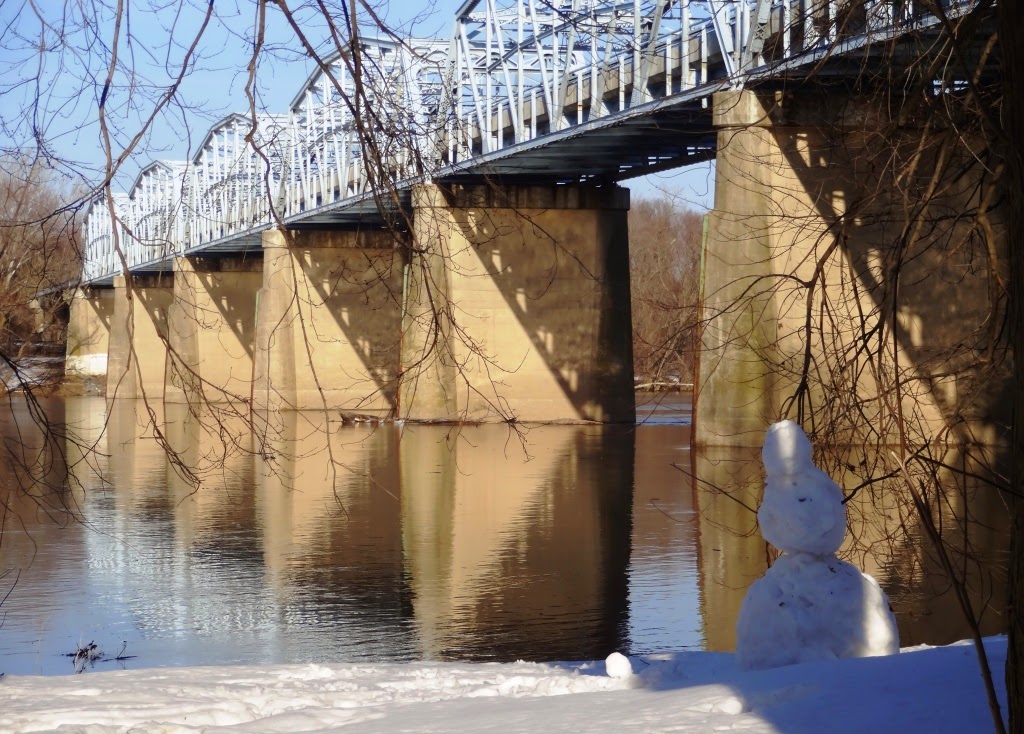 Under the bridge at Point of Rocks, looking from the Virginia side. 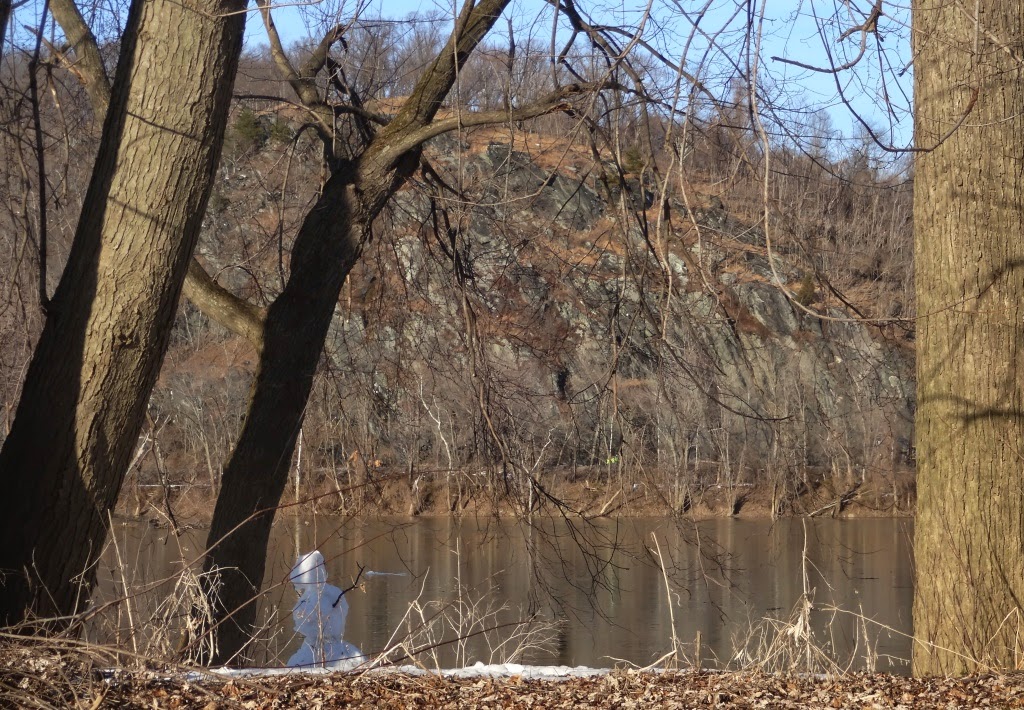 That's Point of Rocks across the river there. 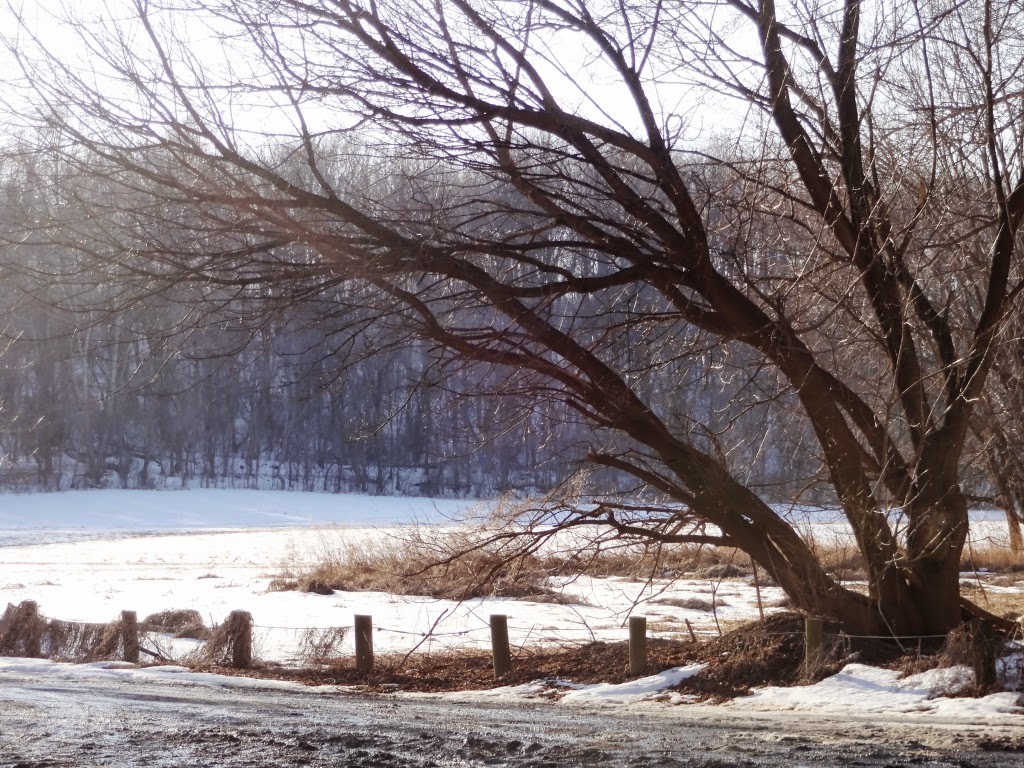 One last wintertime scene before my camera's battery went dead.