Venus! Has anyone else out there noticed how big and bright Venus has been lately? If not, check it out around 8pm in the western sky. It's up at about a 45% angle from the ground. It almost looks like an airplane headlight except that it doesn't move. I've never seen it this bright before.
Posted by Cyndy at 9:46 AM 8 comments: 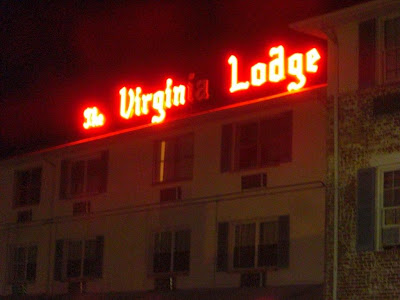 ..... The Virgin Lodge!!! Calling all virgins!!! Get your single rooms for only $47.00 a night. I thought it was especially funny to see this at the end of a very long Valentine's Day. We were heading down Route 1 last night on the way to Krispy Kreme after our gig at the Carlyle Club to obtain some celebratory hot ones when I spotted this sign.

So yesterday I gave my masters recital. It went pretty well I think. There was a good crowd there and they all seemed to be very enthusiastic. The band sounded great. I sounded okay, all things considered. I've had limited time to practice and the abuse that I've been subjecting my hands to over at the house continues to take its toll. But I laid off of physical work for the past week and they were feeling pretty good yesterday. Only a few more months and I might have a chance to actually get back in shape. Wouldn't that be nice? Anyway, the recital went well overall and I'm really glad to have it behind me.

I thought I had bought way too much food for the reception and I was completely delighted to discover that there was very little left over by the time everyone was gone because we had to go straight from there to our gig at the Carlyle Club and we couldn't really deal with a bunch of leftover food.

My feet were so tired by the end of the night that I thought they deserved some Krispy Kremes. Healthy eating resumes, I mean begins, today! 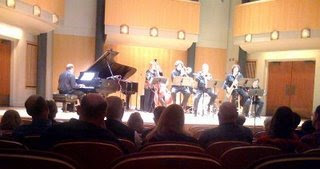 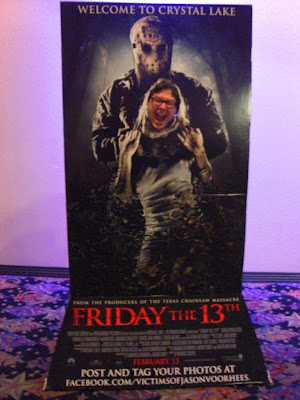 Today is an anniversary of sorts. Four years ago on this date and actually at this very moment I was sitting in my neighbor's kitchen watching through their patio door as 75 (according to the news) firemen battled the flames that ended up completely gutting the main part of our house. We lost all of our personal belongings and one of our two cats. Clothing, photos, furniture, you name it - all destroyed. We were very lucky that the fire did not go into the addition where we kept most of our music stuff, but all in all the experience was pretty hellacious.

The first year we were both pretty much in shock, whether we realized it or not. The insurance situation was very ambiguous for a really long time. We tried to keep life as normal as possible, and continued to do our road and cruise ship gigs.

The ambiguity was the hardest part. We had different ideas about what to do with the house. I wanted to have it repaired so that we could get back in and get on with our lives as soon as possible. Doug had a much more complicated thing in mind which I very reluctantly went along with.

So at our first anniversary we were on the road, planning the new version of our house with the architect via phone and fax. I had a sense of doom and gloom about the financial feasibility of this project which continues to this day.

We finally came to our senses and realized that we would not be able to work on our house from out on the road. I had a really hard time dealing with the fact that I was going to have to leave the life I loved so much. I really really miss travelling. And I was really dreading the inevitable - that I would have to be physically involved in the housebuilding process. But we are a team and if something ends up going a certain way we both need to be on board for it. So we tore down our 130 year old house and began preparing for the addition to become our newer, smaller but still pretty big, house.

Two years after the fire we were ready for some actual housebuilding activities to occur, and we supposedly had a contractor, but not much had happened yet as you can probably tell from this conversation. 2007 was mostly the year of building porches, inside walls and ceilings, and installing windows.

The following year I realized that things were not going to work out with our contractor since he basically had abandoned us about six months earlier. Doug had to do a lot of remedial carpentry work and then continued with the rest of the framing since the carpenters were no longer coming. The contractor apparently had issues with Doug's need for straight walls and correct measurements. Doug is very particular and likes to do things himself which is fine except that it usually means that I'm stuck helping him with these things. Needless to say, the progress was slow.

Around this time last year the electrician started doing the rough-ins. The plumber started in the spring and we passed our framing inspection at the end of July. After that we started putting up the siding, but we didn't finish all of the trim because that would be too logical and methodical. "We" prefer to flit around from one activity to the next. Eventually we may actually finish everything.

So here we are now. Our house is "almost finished" (at this point I have no idea what that means) and it is going to be beautiful, incredible, and far nicer than what people of our income level usually have. That creeps me out quite a bit, but I'm sure I will love living there.

We have gone from having a completely paid-for house to being in debt for the rest of our lives, or at least 30 years - whichever comes first. But the joy of living in such a beautiful house that we mostly designed and built ourselves is likely to make it all worthwhile in the end. Or at least I hope so!

So now it's time to look ahead. Pretty soon I'll have performed my recital, I'll be back in my house, I'll have my master's degree, and I'll be free to do ship gigs and go out on the road once again. That is, if I can bear to leave my totally amazing house. It will be so nice to once again be free to do as I please.

I'm just going to look back one more time. Before the fire I never realized how important photographs can be. They provide such wonderful glimpses into the past and they really intensify all of those memories. The first time I realized this was when I discovered, a year and a half later, that my brand new camera had somehow miraculously survived the fire and all of the photos were still intact on the memory card.

This past Christmas my parents presented me with a replacement of the huge album of photos from my childhood that my mother had assembled for me about ten years earlier. And just last week a friend from way way back in my MC days sent me a really cute photo of a group of us who were performing in a production of "Carmen."

It means a lot to have these reminders of some of the happy times in my past. Maybe that's why I take so many more pictures now. It's a way to prolong the present. I'm also really glad that I discovered blogging because when I look at "old" (from four years ago) photos that I've posted it feels like I just took them a few days ago. I sort of like that feeling of compressed time. Now if I could just get the past four years to really feel like four days......well parts of it anyway. I definitely do intend to savor the present - from now on!!!
Posted by Cyndy at 11:21 PM 6 comments:

The Robins Think it's Spring... 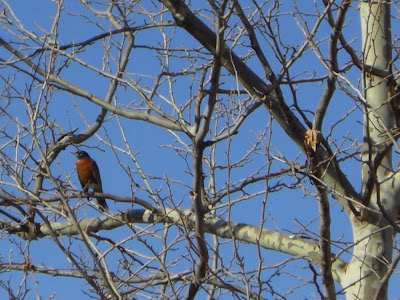 Here are seven of the twelve robins I saw sitting all in one tree today. 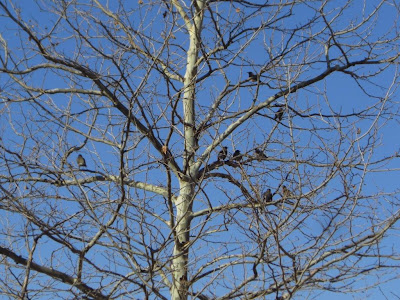 I don't know what the turtle thinks. Fear the Turtle! 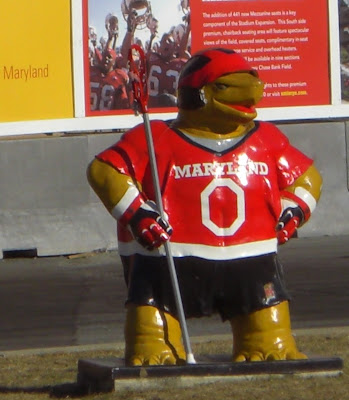 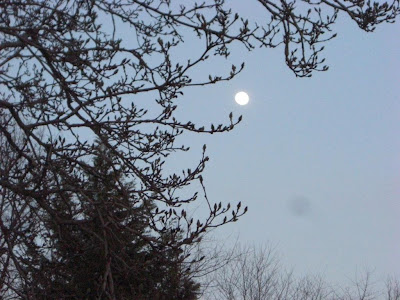 I just wanted to say hi on this lovely moonlit night. I've been SO busy lately - it's been absolutely ridiculous. Wednesday night, I mean Thursday morning, I went to bed at 8AM. Now I have what feels like jet lag. Oh well, I got done what I needed to get done so it's all good. This week I had a lot of fun playing Suessical the Musical with my electric bass, which I don't get to play too often. And that's pretty much it for now. 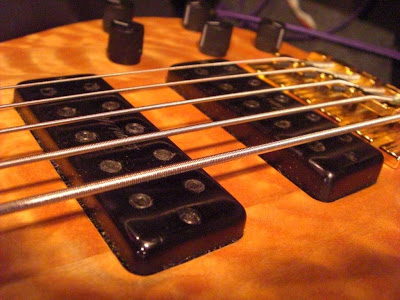