No Electricity Needed: Making do in style at Dempsey's in Ashton

In the aftermath of Hurricane Irene there are still quite a number of areas without power.  People are suffering and so are businesses.  Fortunately the weather has been pleasant.

We had a little unexpected fun this evening when we decided to skip the Aspen Hill traffic and go out to the post office in Ashton instead. We used to go to this shopping center pretty often during the five years that we lived out in Cloverly and it's fun to go back there from time to time.  Going to Ashton, with it's small town country feel, is a nice little escape from the hustle and bustle of everyday suburbia.

There seemed to be a party going on out in front of Dempsey's Restaurant so we decided to go down and check it out. 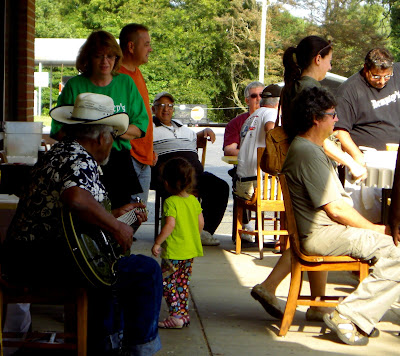 That's when we found out that they were in the half of the shopping center that didn't have power but they were remaining open in spite of that fact. They had an outdoor grill set up and they were cooking hot dogs, hamburgers, and ribs. 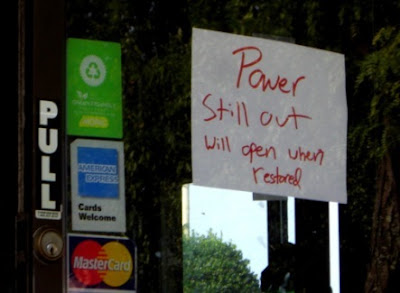 They weren't serving people inside, but they had a bunch of tables set up outside around the grill.

Since we are already fans of Dempsey's restaurant we decided to stay there and show our support instead of heading over to Urban Barbeque the way we had originally planned. 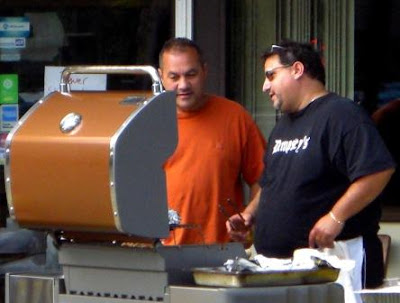 The burgers were excellent, and although I was pretty full already, Doug started talking about ordering some ribs.  Just then the waitress came over and asked us if we'd like to have some chocolate cake.  We took her up on that and we're glad we did.  Deep dark devil's food cake, with deep dark chocolate shavings and whipped cream.  Yummy! 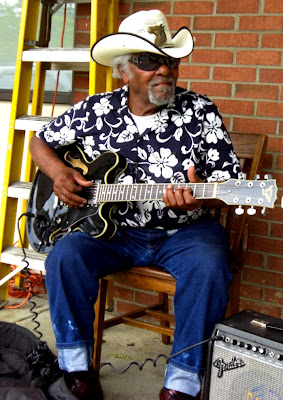 An added bonus was that local country blues legend Warner Williams was there singing and playing guitar.  How often does it happen that a trip to the post office ends in such a fabulous way? 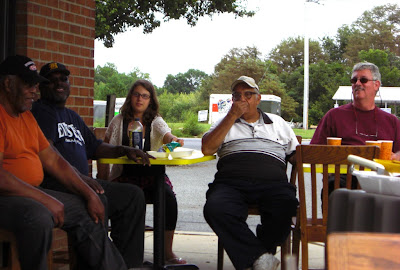 Some of the regulars were there too, enjoying the food and the music.  They are planning to be open tomorrow morning for breakfast (their best meal in my opinion) power or no power.  Their food will be safe to eat at least until 4pm.  At that time, if power is not restored, they will have to throw everything out, so if you are able to patronize this local restaurant for breakfast or lunch tomorrow, please do so.

Here are a couple of samples of  Warner Williams that I found on Youtube:

There's nothing like a trip down South in the summertime.  I took a little trip with my roommate from college down to South Carolina to visit her mother for a few days.  Right after we passed the Giant Peach on I-85, the sky started to go crazy with heavy and rapidly shifting clouds. 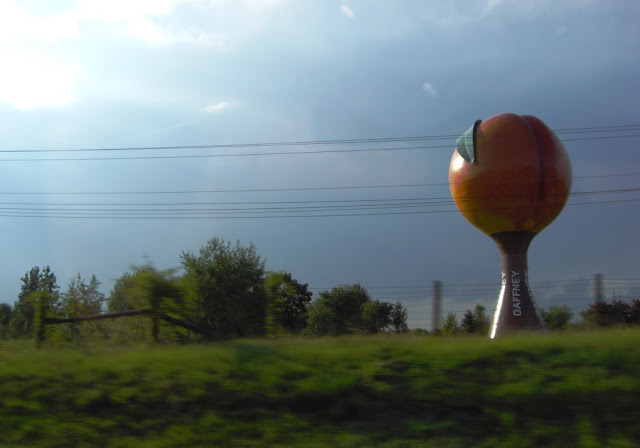 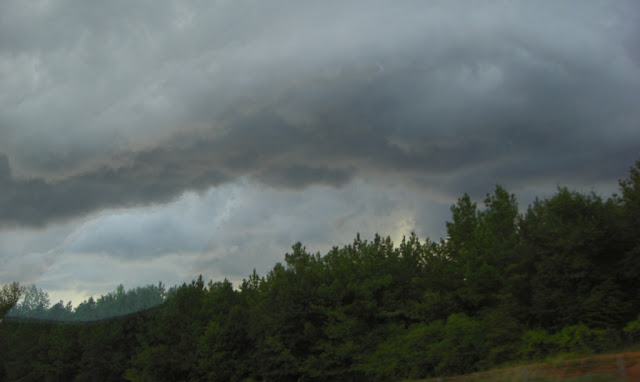 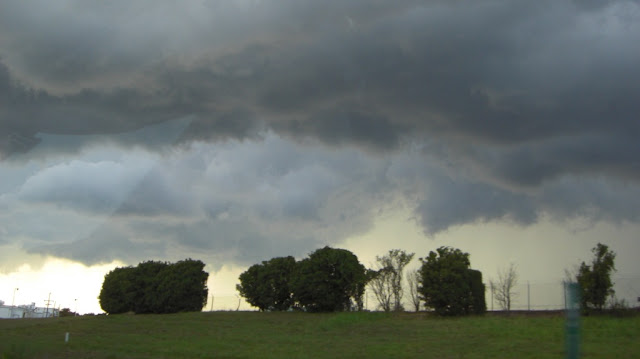 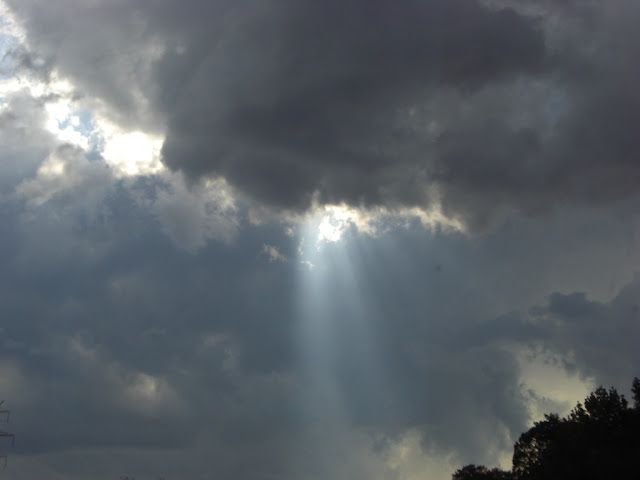 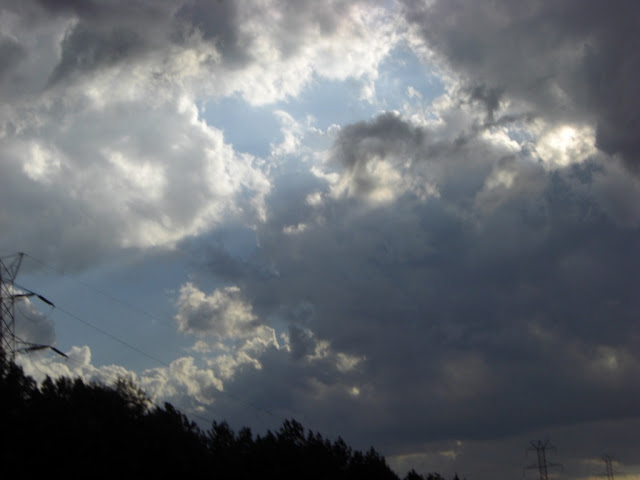 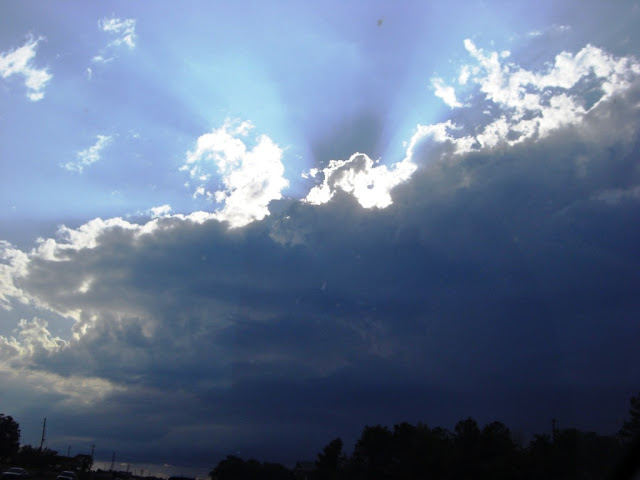