Today I made a wonderful discovery. The very first digital camera that I ever owned, which I had purchased only a few months earlier, has actually survived the fire!!!
We were cleaning out the dining room in preparation for tearing down the house, and I decided to cut open the melted wad that my new nylon backpack had become, just to see if by any chance there was money, or my old passport in there. We had discovered previously that melted plastic or nylon would actually occasionally protect an item, that is, if you could manage to get the melted stuff off of it. I used a saw to get inside the backpack because the scissors weren’t tough enough. Deep inside, surrounded by many other melted things, was the bright blue neoprene eyeglass holder that contained my camera.
My camera looked brand new, exactly as it had the last time I saw it about a year and a half ago. The battery was dead now, of course, so I took it home and charged it on my replacement camera’s charger. The three months worth of pictures, which dated back to December 2004, were all just fine!
I had purchased this camera just after Thanksgiving, immediately prior to the final leg of our Fall 2004 tour, and now I'm so glad that I had not yet downloaded any of the pictures, because it meant that they weren’t trapped forever inside my melted laptop.
I cannot even begin to tell you how happy I was to get a tiny piece of my pre-fire life back and intact. Here are some highlights from my reclaimed photos:
My very first skydiving experience, and Brittany's too. Brian skydives a lot. We had a day off and Brittany wanted to do it for her birthday. I was game. 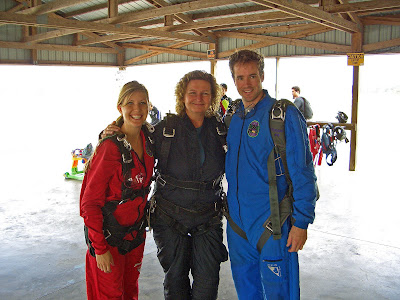 That's me way up there! I loved being so high in the air, especially after the parachute opened and the wind stopped rushing past my ears. It was so quiet and peaceful then. I paid big bucks for a video of this experience but it was destroyed in the fire. I'm glad that Doug came along and took some pictures. 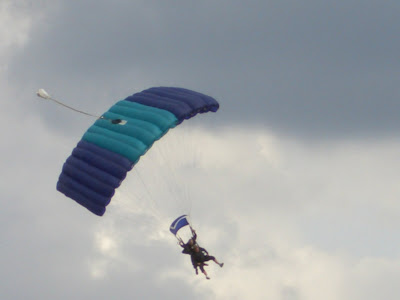 Brittany became seriously ill the next day after we went skydiving, although the timing and the aftermath of the skydiving which first called attention to her illness, may very well have saved her life. Anyway, a bunch of us from the tour got together and crocheted and knitted her a patchwork blanket. 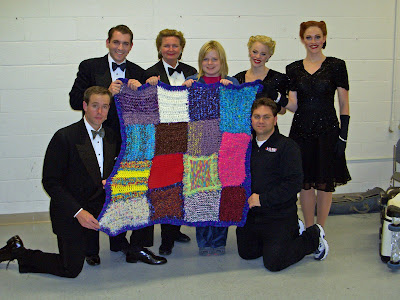 Doug and I took a lovely trip to Florida for a few days in January 2005. 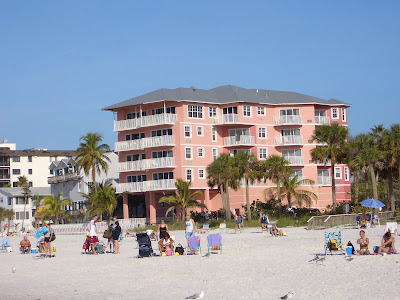 This is the only picture that I have of Seymour now. All of the other ones are gone. Seymour died in the fire and we miss him so much. 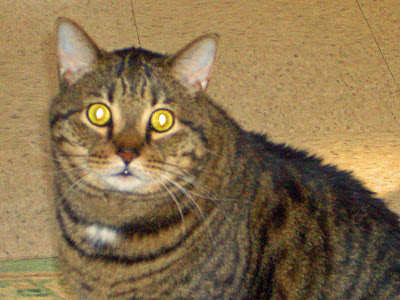