I have a couple of moving memories to share with you, or perhaps I should say memories of moving. What in the world do you think this lovely blending of purples might be? Hint: It's a metaphorical photo that represents the current condition of this blog - I've fallen behind. 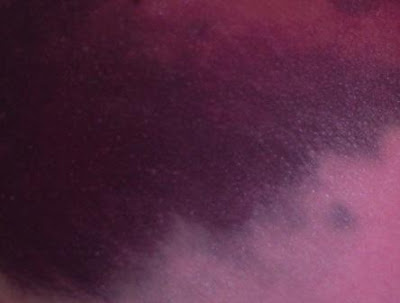 So how does this picture represent that? Well it's a fallen behind, mine to be exact. And that's a just modest 5 inch segment of an enormous nine inch bruise that occured when my left cheek hit the sharpest part of a step as I was backing up the stairs with the mattress. It hurt like hell for about two weeks, but it's nearly all gone now. 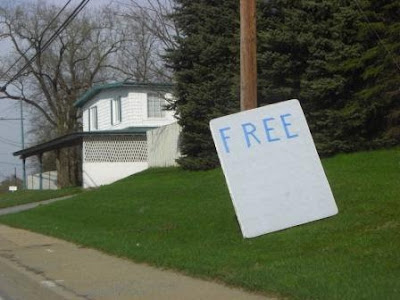 Nobody wanted our box spring so we took it to the dump the next day. Someone did take the bedframe though. We didn't need it in our new place.

How does it feel to be back in our house? Well it was kind of confusing at first. Everything is a lot more spread out. I'm still unpacking, but the kitchen is almost done. I like my kitchen. There's room for everything to be well organized. I haven't had a dishwasher in years and it is delightful to have one now. Everything comes out so clean and shiny. I like all of my appliances. I like that they are clean, white, and shiny.

The washer and dryer are great too. The clothes come out all fluffy and with none of that gross detergent smell. I don't know why, but I even feel extra clean after I take a shower. I just love the great potential for cleanliness that this house has. For now it's still a construction zone, so every time I accidentally brush against a doorway I get wallboard dust on my clothes. But it's CLEAN wallboard dust, or at least it feels that way.

I'm not really obsessed with cleanliness, although some might argue with that. It's just that the main activities of the past several years have been so yucky and dirty and gross. It's great to just do normal non-dirty stuff for a change.

I now live closer to most of the places I go. Getting my bass and gear in and out of the house and car is much more convenient and there's no mud or gravel to deal with anymore. That is wonderful.

I haven't had to go to Home Depot in three weeks. I haven't worn my paint splattered work clothes out in public for nearly three weeks. Immediately before we moved that I had worn them everywhere, every day, for over three weeks straight. Instead I've worn my black gig clothes just about every day this month. That I don't mind.

I've performed a nice variety of music including Swingtopia on Monday nights at the Greek Village, a trio gig at Sala Thai with a jazz singer, the Mikado at the Atlas Theatre, a different trio at La Ferme, a contemporary cantata at a church on Kent Island, the new opera Shadowboxer at UMD (I'm in the onstage jazz octet), the Beethoven Septet at Dumbarton House, and coming up I've got a Mozart and Haydn orchestra concert at Church of the Epiphany, and Guys and Dolls at a school up in Baltimore.

When I'm home I'm either putting stuff away or wandering around my new house and yard. It's kind of hard to believe I actually live here again, but I'm starting to get used to the idea.

Although I'm going to miss the giant tulip magnolia from the rental place, I will have the growth of this weeping cherry, my second favorite type of flowering tree, to look forward to. 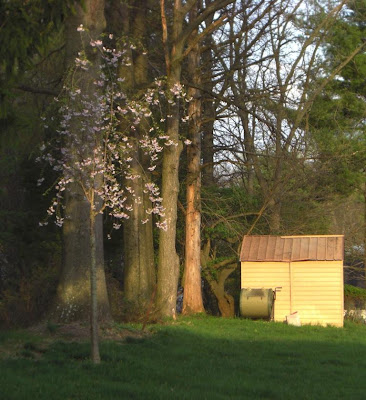 Below is a picture of our river birch with the neighbors' cherry tree in the background. The two main colors in this picture remind me of a Lilly Pulitzer fabric. 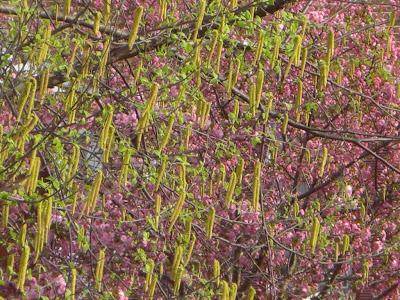 I had to mow the grass, which meant that all of the cute little flowers out there would soon be gone, so I crawled around and took a few pictures first. These tiny purple flowers are some sort of weed that causes all kinds of havoc and irritation to my lungs when I mow that particular patch of grass in the middle of the summer, but they are completely harmless to me now. I was thinking as I mowed, about all of the people who have such awful allergy symptoms in the spring and how lucky I am to not have those issues, but then I remembered the weekly hacking ritual that takes place every time I mow the summer version of those tiny flowers. I wonder what they are? 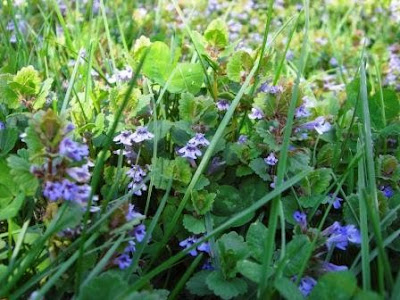 Here are some violets peeking out between the blades of grass. 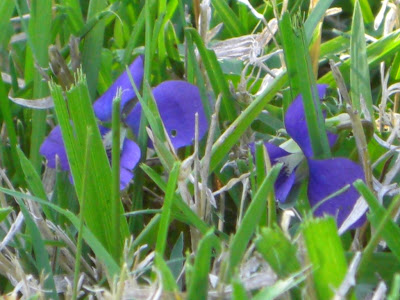 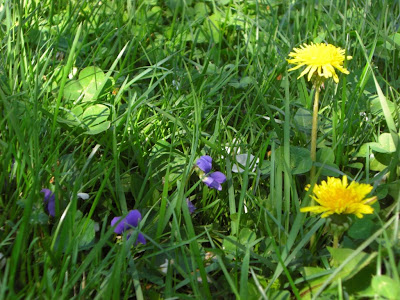 What I Will Miss the Most 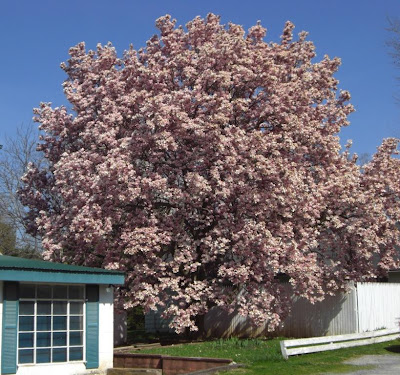 Okay, I know tulip magnolias are SO last week, but at this point so is our move . This huge magnolia tree is what I'm going to miss the most about the place we were renting. It is so beautiful and magnificent and this was its best year ever. 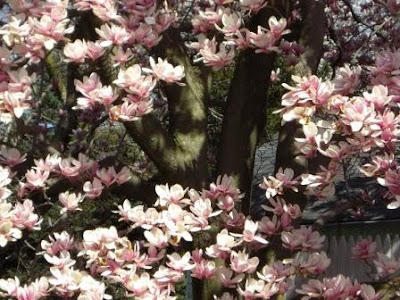 I'm glad I took a few moments out from packing and cleaning to get a few more shots. Two days after we finished moving all of the blossoms were gone. 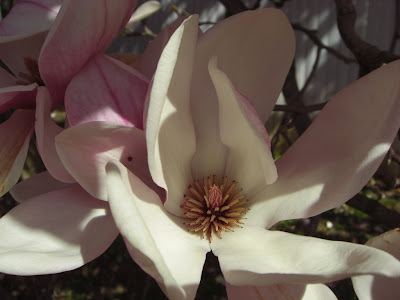 It's almost as if the tree was saving its best for last, just for us. It will be nice to have one good memory of our time in that house. 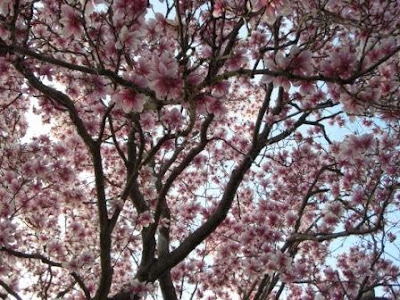 I wonder if it would be possible to air-layer one of the branches of that tree? It is a tree that definitely deserves to be cloned, for the greater good of mankind. 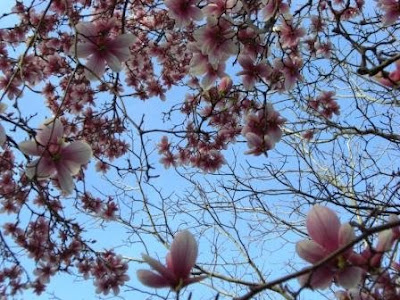