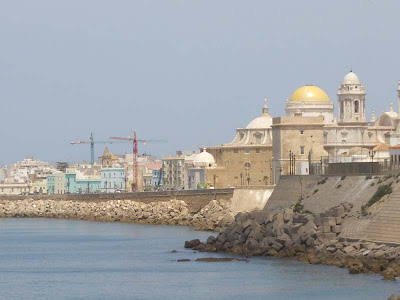 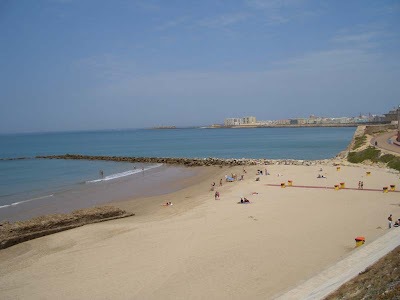 Cadiz is on the Atlantic coast of Spain. It has an ancient walled city section which is near the port and a newer section that includes a very clean and tidy beach area which was nearly deserted.

The weather was gorgeous. I really didn't expect to see a beach there. If I had, I would have been on it. Instead I turned my ankle on a step that kind of began from out of nowhere and when I fell, the side of my face near my eyebrow hit the cement, and my sunglass were totally smashed. There was a lot of blood.

Some people gathered around to help but no one spoke English and I didn't know Spanish. I hobbled into a fancy hotel that was nearby and washed up in the ladies room. The desk clerk suggested that I should go to the hospital which is apparently free in Spain.

I limped back out, still bleeding, but with some paper towels pressed to my head. A couple of little old ladies came up and each took one of my elbows and they walked me to the hospital. I waited there for two hours and became concerned that I wouldn't make it back to the ship on time. So I hobbled on out of there and found a taxi stand.

When I got back to the ship the ship's doctor gave me 5 stitches and I had a black eye for about two weeks. I'm not too happy about the scar, but it is exactly next to my eyebrow so I guess it's not too hideous. I was really amazed at all of the people who helped me that day. And grateful.

Cadiz is definitely on my list of places to return to one day.
Posted by Cyndy at 9:51 PM No comments: 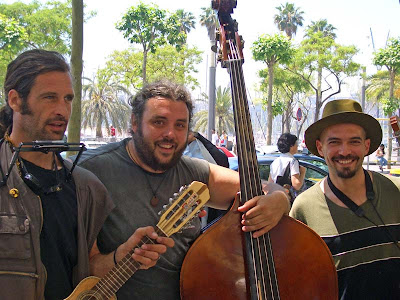 These guys serenaded us at a cafe where we had lunch. 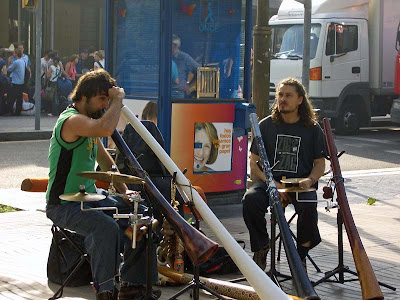 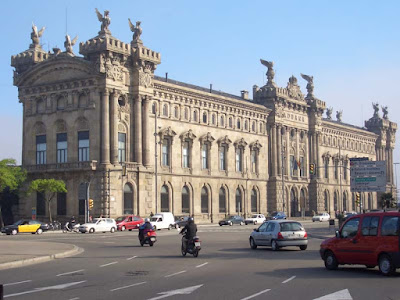 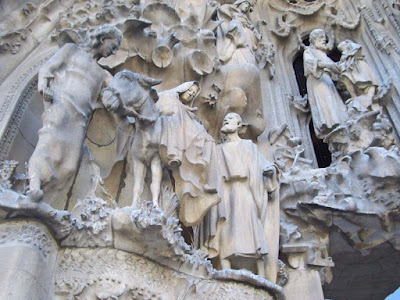 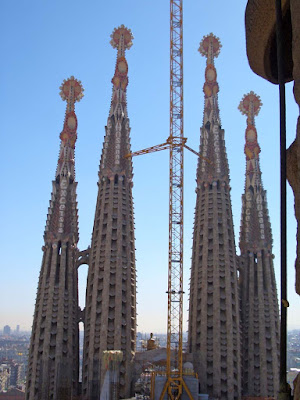 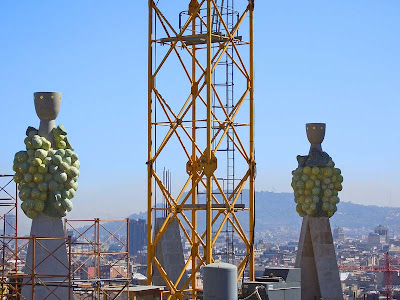 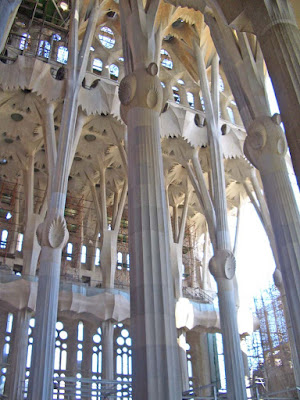 Barcelona is a very cool city. I definitely want to go back there with Doug one of these years. The architecture and sculpture that is everywhere is completely amazing. I took a million pictures of the partially constructed Gaudi Cathedral. It is the most weird and amazing building I've ever seen. It is definitely worth seeing again. You can't tell a thing from these photos.
Posted by Cyndy at 9:36 PM No comments: 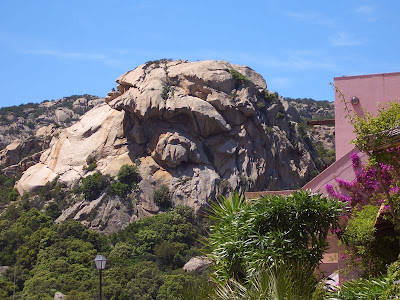 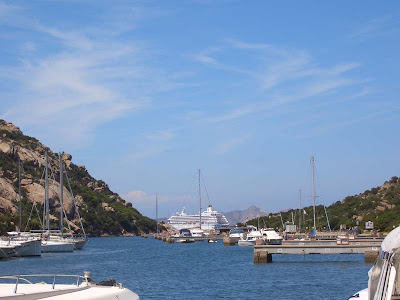 Sardinia was not incredibly interesting. It's kind of like a desert island with lots of very large rocks and lots of marinas and rich people. I think it is a vacation destination for the rich to get away from the masses. Most people who go there just sit around and drink and sunbathe, either out by the pool or on their yacht. I actually went back a couple of hours early to my "yacht", which is way back there in the background because I got bored.
Posted by Cyndy at 9:27 PM No comments:

We were in Portofino for the 4th time and since I've seen everything there, I took a bus to the next town over. Santa Margherita is a lovely little town which was primarily a fishing village. It is also known for the trompe d'oeil paintings on the sides of many of its buildings. 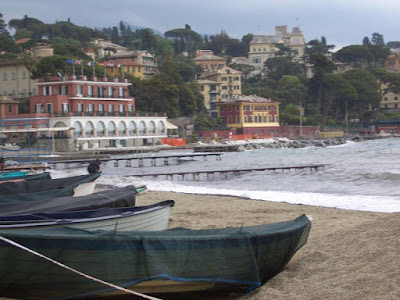 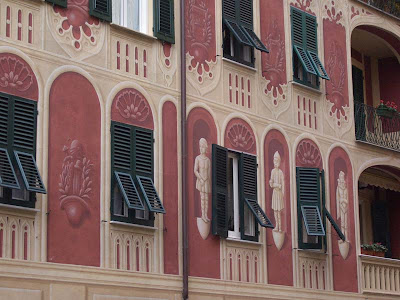 We were anchored near Sorrento for two days. The first day I took the train up to see the ruins at Pompeii which is up near Naples. 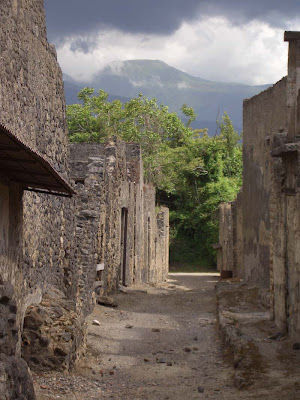 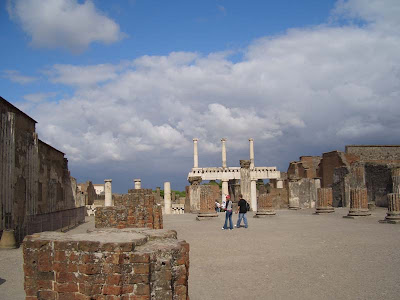 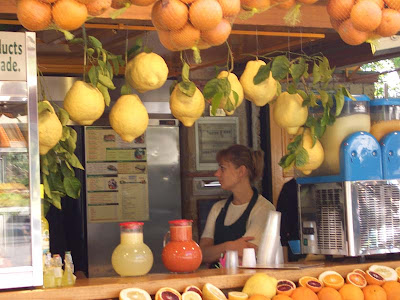 Lemonade and Orange Juice at Pompeii. Just look at the size of those lemons!

Sorrento has some nice shopping. Unfortunately most of the really good stuff weighs a lot. It's fun to look at it though. This shop makes me want to have some yellow in my future kitchen. But I'm trying to travel light so I'm just going to look for now. 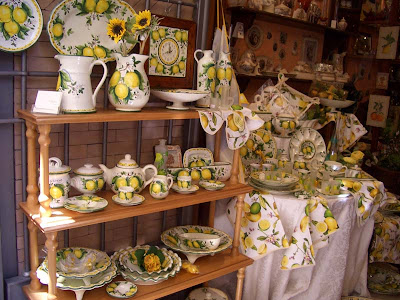 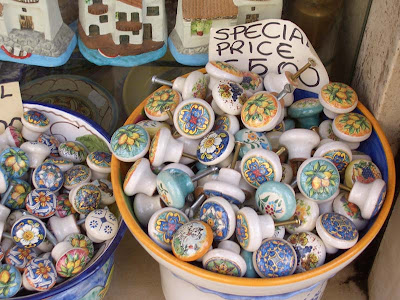 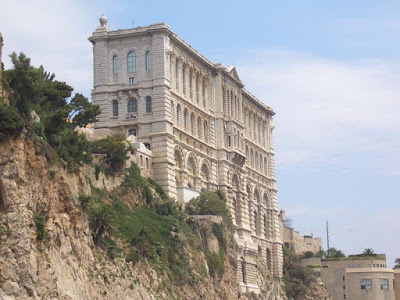 They were having the Grand Prix in Monte Carlo and the place was completely packed, so I took a train over to Nice and walked around a lot, went to the beach, had some crepes, and then I caught the train back to Monte Carlo. It's kind of fun to have a day on shore where you don't see a single person from the ship the entire day. 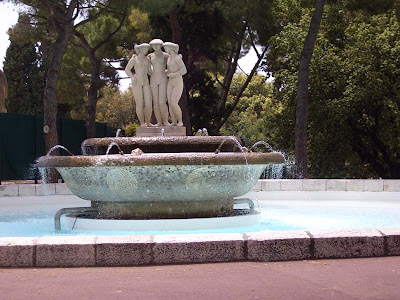 Nice is nice. Sorry, that is so pathetically unfunny!
Posted by Cyndy at 8:46 PM No comments: 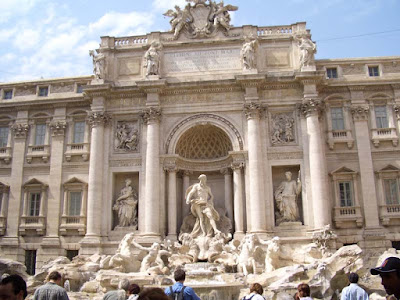 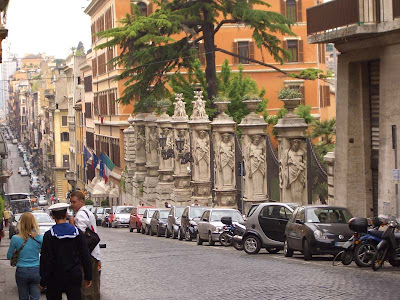 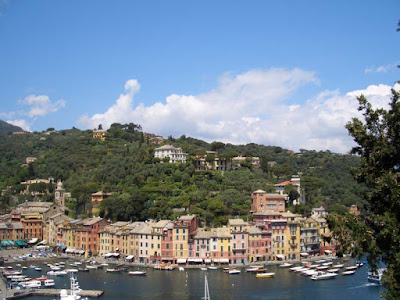 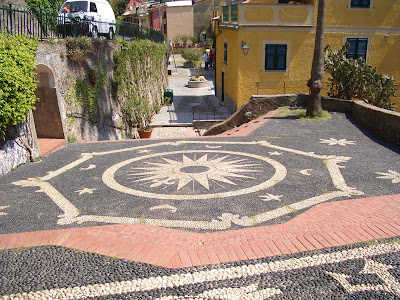 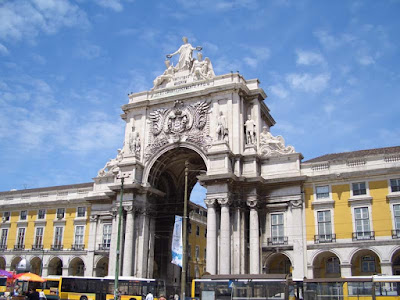 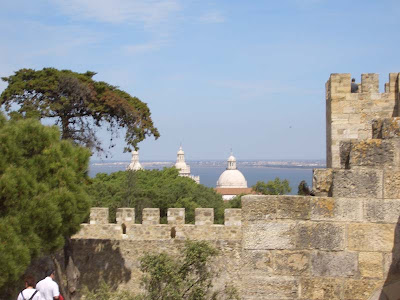 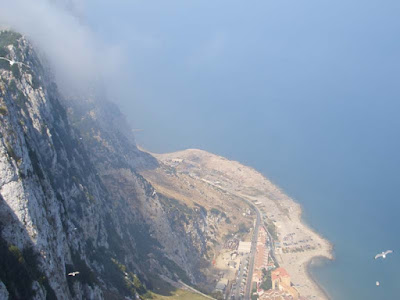 Looking down from the top of the Rock of Gibralter
May 5, 2005 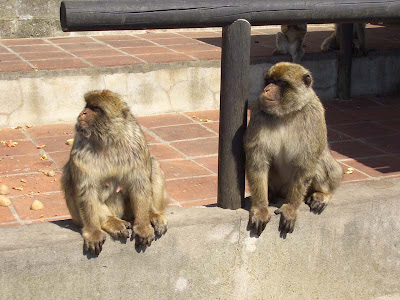 The Monkeys of Gibralter
May 5, 2005
I neglected to charge my camera so I didn't get any shots of Barcelona yet. It's okay because we'll be going back there for another couple of days. I had fun just walking around. It's a very interesting city!
When we were in Cannes I had in-port manning which means that it was my turn to stay on the ship all day. For security reasons, a certain percentage of the ship's crew is required to stay on board at each port. I've been to Cannes a few times before, so it's okay. Plus we are doing the tender boats instead of docking and that can be a pain, especially in Cannes. 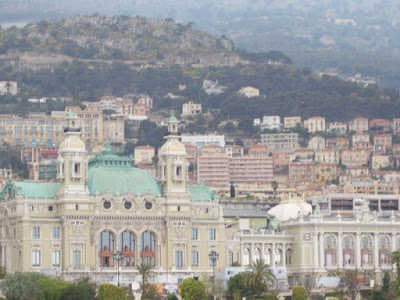