our beloved Ted has passed away 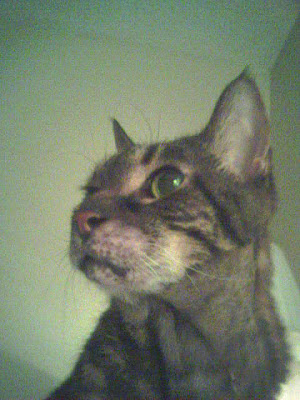 Ted was born outside under our bedroom floor to a neighborhood cat in 1989. I had seen some of the kittens for a few days before Ted presented himself to us. The other kittens were white with some tabby patches. The mother was also about half white and half tabby.
I think the mother cat was in the process of moving her kittens one at a time and had left Ted for last. I was painting the other side of the house when I heard a bunch of meowing in the bushes nearby. I figured it was one of the kittens so I started meowing back. I should explain that I'm not really a cat lover and my mood as I meowed was halfway between bugged and amused. We meowed back and forth for at least ten minutes.
Finally I got down from the ladder and went over to the bushes to investigate but I didn't see anything. I was expecting to see one of the tabby-patched kittens. I went to find Doug because he LOVES cats and when we came back Ted came out and he didn't look like any of the other kittens. He was a full tabby. He was the cutest kitten I've ever seen.

I looked at Doug and said "this must be the work of Theo." Theo was Doug's previous cat. Actually he belonged to a roommate in the group house who left Theo behind. He didn't officially belong to anyone, but after we got married the other people asked Doug to come and get him. I was not please. Theo was nice, but he was an outdoor cat and he had not been fixed. Eventually I took care of that, but I'm sure he had enough time to have an affect on the cat population in his new neighborhood. He had passed away a year earlier, so maybe Ted was his grandson. That's why we named him Ted, after his grandaddy Theodore.

Ted had quite a personality. He was more like a dog than a cat. He followed us around everywhere. I remember the look in his eyes when I first fed him milk out of an old contact lense solution bottle. He had such a loving and devoted look in his eyes. So his full name became Tedapuss because he loved his mother (me) so much.

He was really intelligent. There used to be an old man who played the fiddle next to the shed on the next property. There was a field in between. Ted would hang out with him because he'd sit out there all day playing old country tunes in the sunshine. Actually he played "You are My Sunshine" quite often. Whenever we called Ted from the back door he would always come running. There was no training involved - this is just what he did.

One time Doug left the basement door open and Ted caught a baby rabbit that was actually bigger than he was. He brought it in through the basement and carried it up the stairs to show it to me. He was very proud of himself. I was impressed. Fortunately it wasn't that difficult to catch the poor little rabbit and put him back outside.

Ted loved to be picked up and expected everyone he met to at least give him a hug. He would put his arms around you and his whole body would be limp. He was so cuddly. He really liked it when I held him like a baby and sang songs with made-up lyrics that contained the words Ted, best cat in the world and love. And this from the person who is not a cat lover. Doug loved him even more than I did.

He had cancer behind his eye and it had spread quite a bit. We did what we could to save him but in the end we had to put him to sleep. He's buried in the yard of our house and we planted daffodils and crysanthemums there so we will always know where he is. He was the best cat in the world. 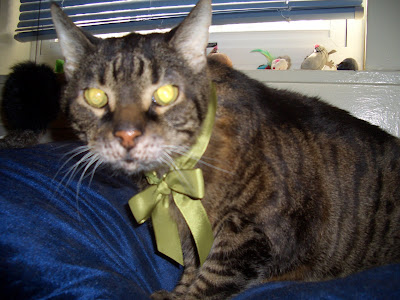 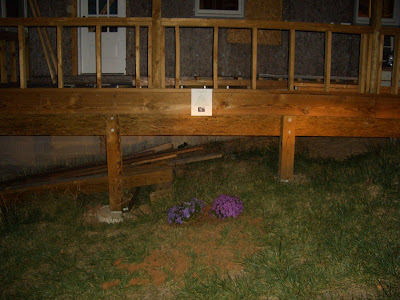 maybe I should start another blog

So I've been doing the bright and cheerful news about our house progress on a different blog so that I could keep it separate from the more dismal facts of my existence that not too many people really want to know about.

I've actually been writing about my experiences ever since the fire happened but I was not really aware of the fact at the time that I could do it in a blogging format. If I end up doing it I'm going to have to see if there is a way to post-date the stuff I've written previously so that it stays somewhat chronological, relative to when it was written or to when the stuff happened. We'll see if I get around to it.

It has been interesting (to me at least) to observe the differences in the way I have felt about things before, during, and after the fire and the rebuilding process. Some of the changes in my life that occurred as a result of this pretty awful experience have not been what I would have expected, but it seems like a lot of the bad stuff paves the way for a much improved future. And I have learned more about myself as a result going through all of this than I would have otherwise. So I guess I will continue to write about whatever phase I happen to be in until we are finally back in our house for good.

And apparently I did manage to figure out how to change the date!
Posted by Cyndy at 11:27 PM No comments: