This was Doug's last day at the trombone festival and my last day to do whatever I wanted, whenever I wanted.  Except that the rental bass was due back at noon, so I spent the morning practicing.  I'm delighted to be able to take a vacation of this length and not get out of shape and not lose my calluses.

In the Rick Steves guidebook, he was raving about the Rue Cler area and how it had a cozy authentic French village atmosphere, was full of cute shops and food stores, and even had an open air market, and also that it was one of the few places where it was easy to find a laundromat.  Since I really needed to do some laundry, it seemed like that would be the perfect place to visit.  I loaded up some plastic grocery bags with dirty clothes and stuffed them into my backpack and headed on out.

It was pouring down rain, and I needed to save time so I decided that it made more sense to take the Metro to the Rue Cler area.  I walked down to the Madaleine metro stop so that I could take a more direct route on the metro.  First I stopped in and visited the lovely church that was there. 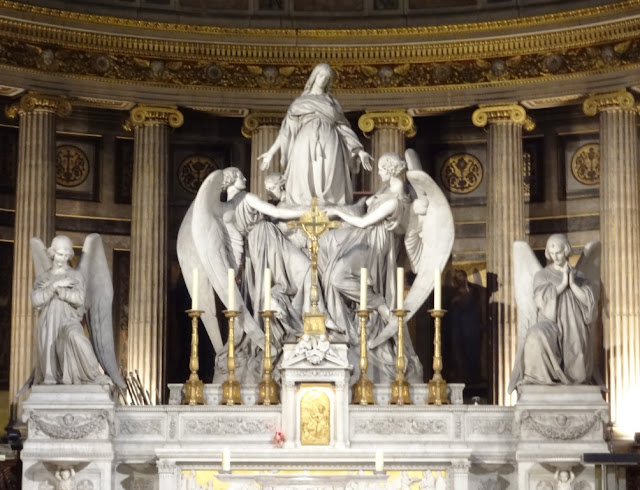 Way off in the distance you can see the golden dome of Invalides, which was also the closest metro stop for the Rue Cler area.  That's on the other side of the river.  It's kind of amazing that it's visible, considering the weather. 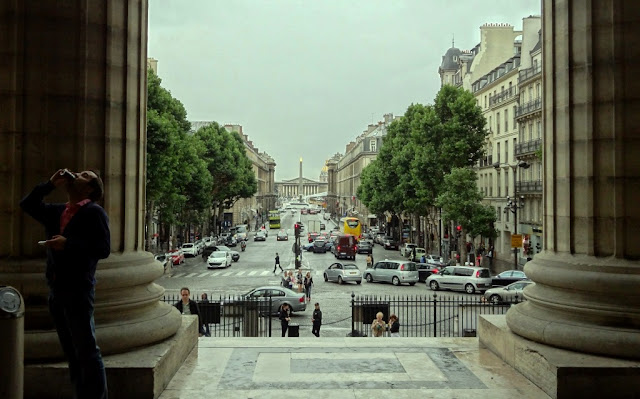 Here is Invalides close up.  I realized that it was the mystery dome I was wondering about when I was up at the top of the Eiffel Tower the other day.  I think it's a military museum now, but it used to be a hospital.  I'm not totally sure about that though. 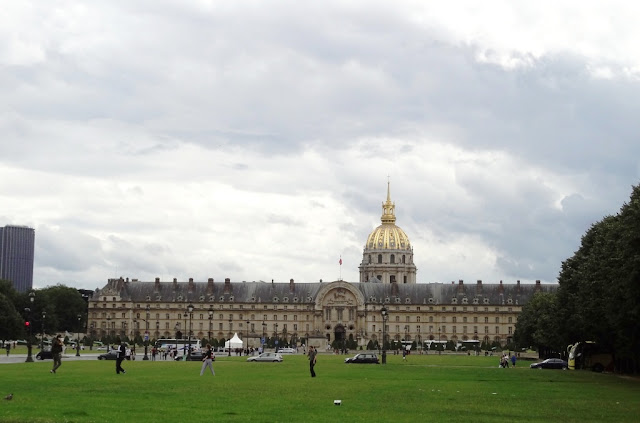 Apparently I took no photos in the charming Rue Cler area.  It was nice, but not necessarily rave-worthy.  I think it's probably a really nice area to stay in because there aren't so many tourists there.  I was less than thrilled by the rain and the fact that I was there to do laundry.  But I found a laundromat across from a really excellent restaurant, so that worked out perfectly.  I had a delicious piece of trout.

With the nice clean laundry weighing about half as much as it had previously, and the rain clearing up slightly, I decided to walk to the Orsay Museum to spend a leisurely afternoon seeing everything that I wanted to see.  It's nice to be able to take the metro everywhere and have it be so efficient, but you really don't get to see as much.  I'm glad the rain cleared up so that I could walk.

There are lots of Van Goghs in the Orsay Museum, including this one, which I have a print of, hanging at home in my bedroom-to-be.  Don't ask, it's a long story....   So I was a very bad girl and snuck a photo of "my" Van Gogh.  Don't worry, I didn't use a flash, no paintings were harmed during the production of this photo.  I just wanted to show it to Doug because I knew he'd get a kick out of it. 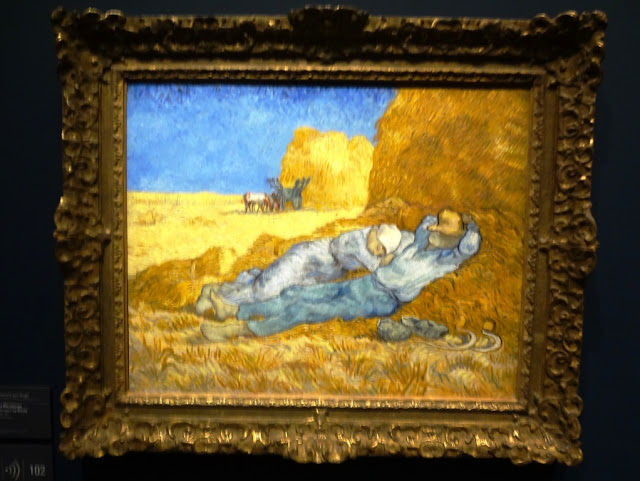 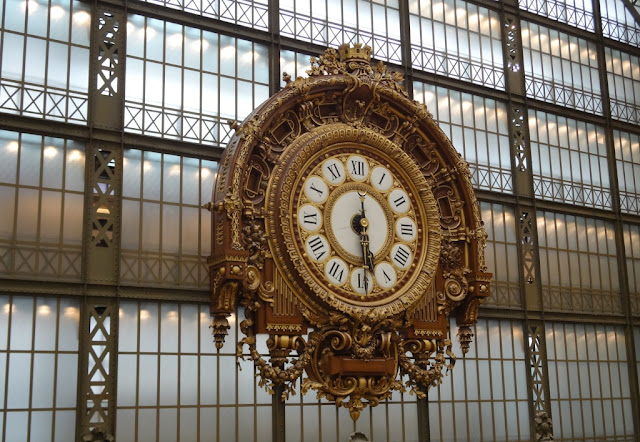 The ceilings were also quite ornate. 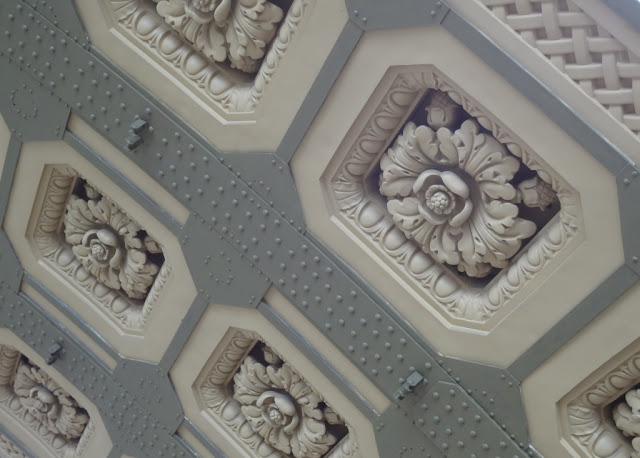 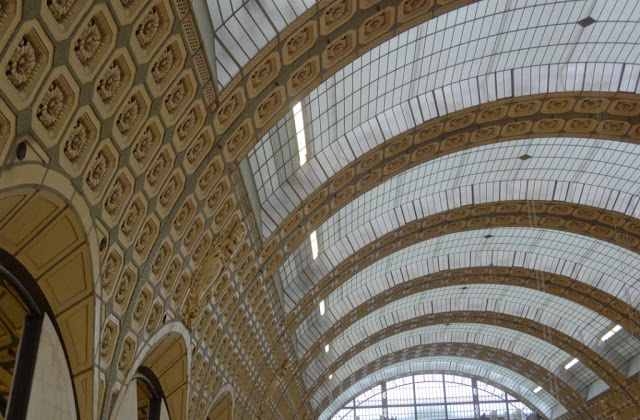 It was a very satisfying afternoon.  I've read that the Orsay is more enjoyable than the Louvre, and I can imagine that, although I haven't been to the Louvre - yet.  I will be dragging Doug to the Louvre a couple of days from now.

The final concert of the International Trombone Festival was for soloists with orchestra and they held it in the beautiful Trinite Eglisse.  The acoustics were absolute astounding.  So were the musicians.  It was a lovely place to have the wonderful final concert of the festival. 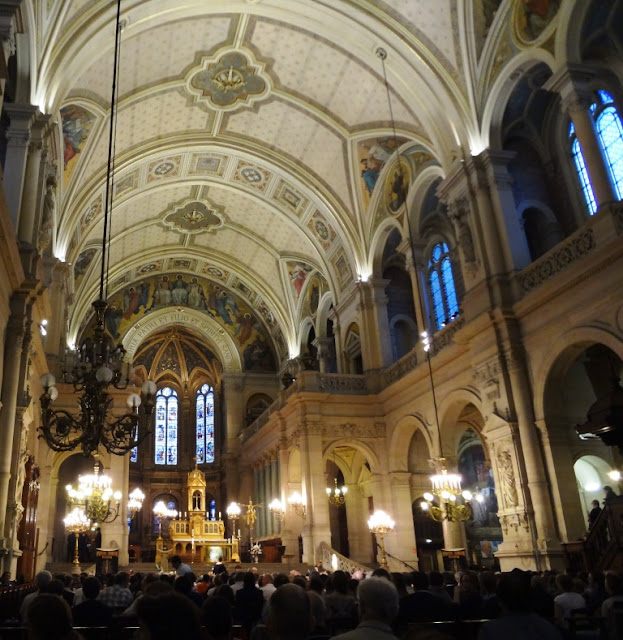 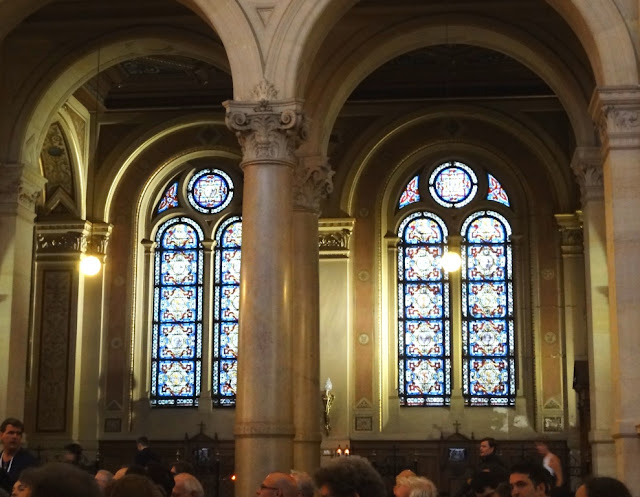 Look!  A girl bass player!  People always think that is such an amazing phenomenom, even though there are actually plenty of us, all over the world.  But look at that awesome scroll on her bass! 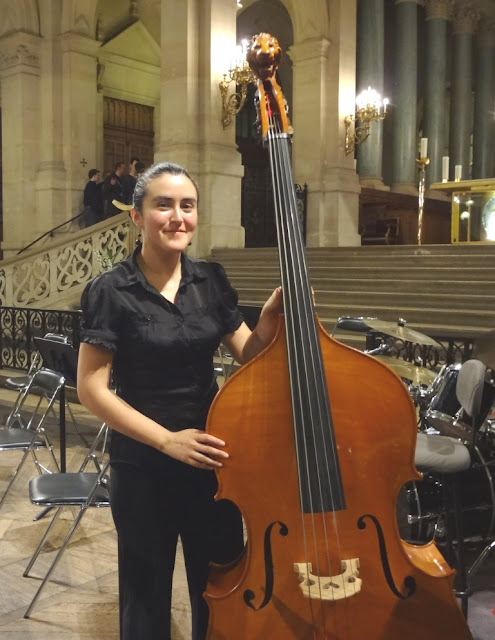