In Search of Paella...

Everyone we asked said that the place to get paella was at the beach.  They didn't say which restaurant, just "at the beach."  So off we went one evening during the time between the exhibit hours and the evening jazz concert.  We saw this rather remarkable looking synagogue on the way to the subway: 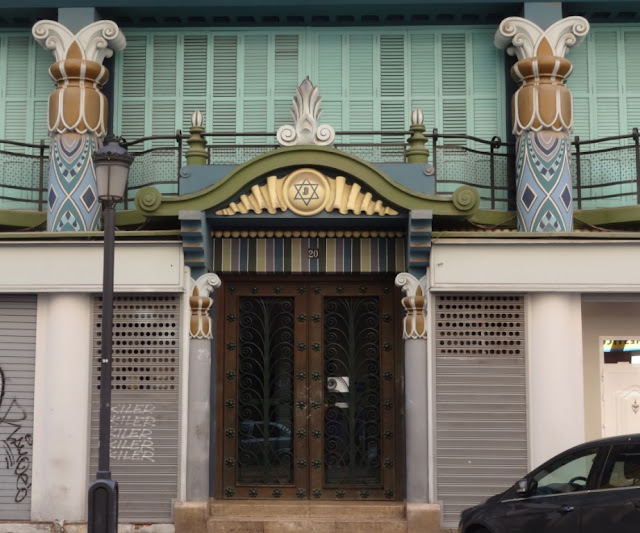 Here's the top of the building - I wonder if it is upper floors of the synagogue, or apartments.  There are lot of buildings that look like this in Barcelona - not so many in Valencia. 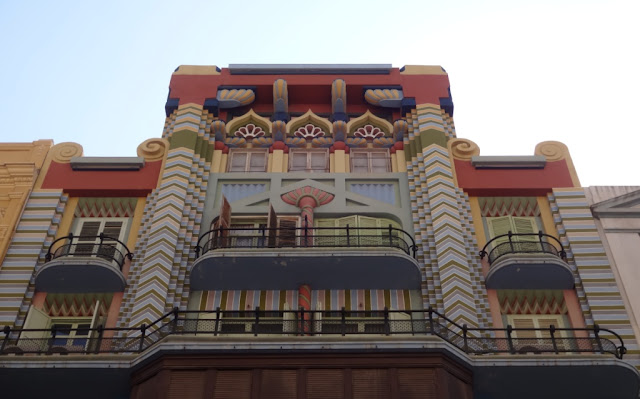 So we arrived at the beach and walked around for a bit before we started looking for a restaurant. 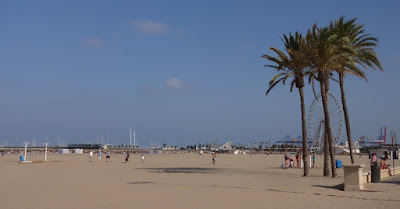 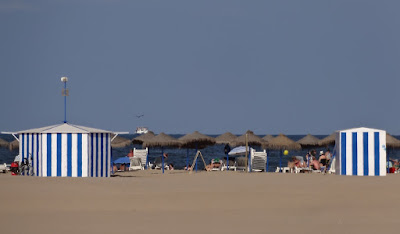 Since we didn't have any particular restaurant in mind, we had to randomly pick one from the many that were there on the south end of the boardwalk, fairly near the port.  Our paella experience was rather unremarkable.  We got the "traditional" version which has rabbit and chicken and green beans, and of course rice, among other things.  I didn't like the idea of eating a bunny, but it tasted okay I guess.  It was kind of difficult to tell which was the chicken and which was the rabbit because everything was cooked together to the point where everything had exactly the same flavor - the chicken, the rice, the rabbit, even the green beans, believe it or not.  It was a very nice flavor, but since I am the type who really enjoys little bursts of flavor variety in a mixed dish, it was somewhat disappointing.  But we still had fun.﻿ 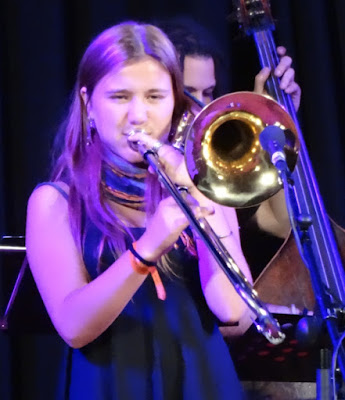 This is the child prodigy trombone player from Spain who will probably be famous one day. Actually she's 16 years old, but looks like she's 12 or 13.   Right now I can't remember her name.  She played a set with Bart Van Lier from Holland. 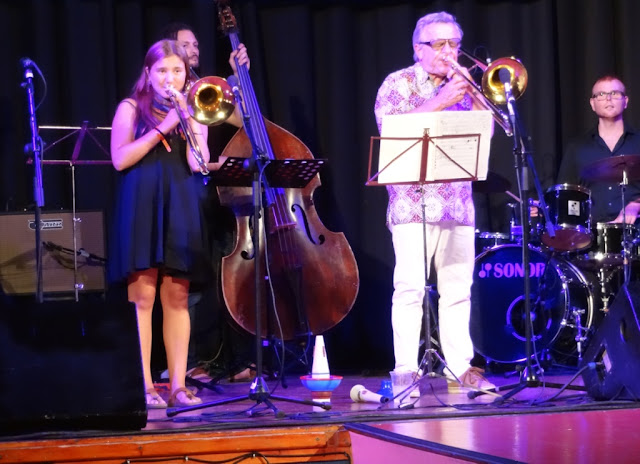 Shame on me for not remember her name either, but this is an excellent trombone player from Britain who leads a group called the Soul Tubes.  She definitely knows how to work the crowd and get the audience partying. 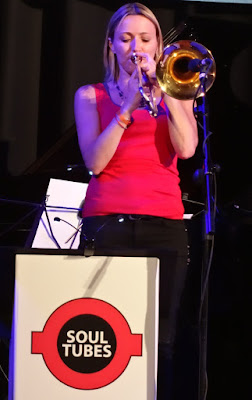 Her group includes four other excellent trombone players from England.  They play mostly funk and rhythm and blues.  And they were great! 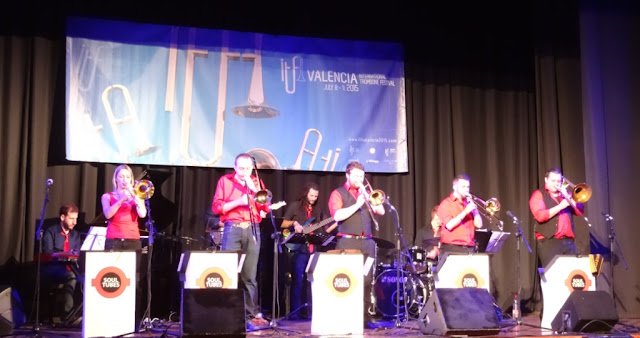