This past spring, during a break between services at a gig on the Eastern Shore I decided to go visit the Wye Oak. Or I should say the place where the Wye Oak was before it came down during a huge thunderstorm in 2002.

I remember seeing signs for the Wye Oak on my many trips to the beach over the years and wondering why in the world there would be a sign on Route 50 for a tree, of all things. But I was always in too much of a hurry to get to the beach on the way down, or to miss the bridge traffic on the way back to ever stop and see it. I just don't like anything cutting into my beach time to the point where I would often go there by myself just so that I could do it no breaks. But one day in 2000 or 2001 I had Doug with me and we decided to stop and see it. Doug just loves taking little side trips and I figured it wouldn't take up too much time so I went along with it.

The tree was enormous, very old and very weather beaten, and it was clearly past its prime. It was the kind of tree that you could almost imagine somebody hollowing out and making into a house except that it was really not in very good shape at that point and you just don't do that sort of thing to trees anyway, except in cartoons. But that's how big it was. At the time it was the largest White Oak tree in the entire United States and had held that title since at least the early 1900s. I had never known that as I sped past the exit to it at least a hundred times over the years so I'm really glad I finally got to see it.

I found some old pictures of the Wye Oak here and there. I have linked to all of the websites where these pictures were originally located down at the bottom of this post. 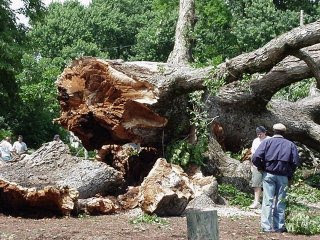 I had my camera with me when I went to visit it again this last time. Here are some of the pictures I took: 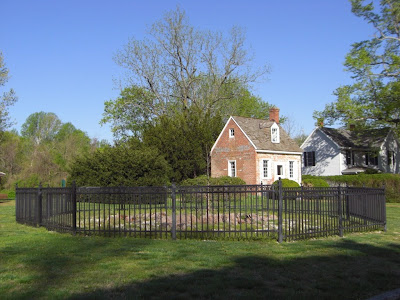 It's looking pretty empty here - a fence around a mulch pile? 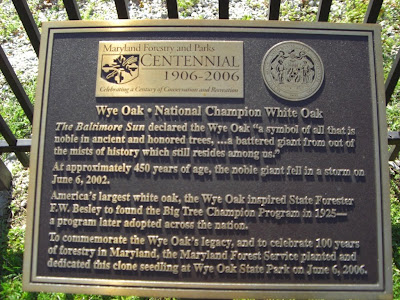 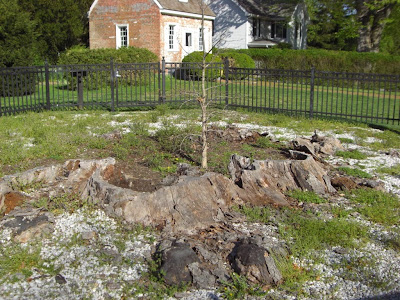 They planted a young clone of the Wye Oak in the middle of its former trunk. 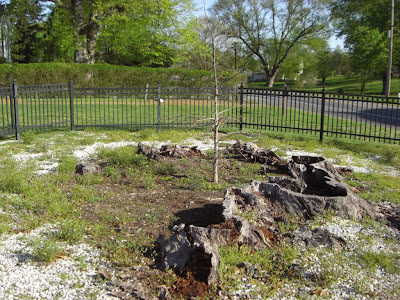 The Wye Oak seems to be asking WHY? 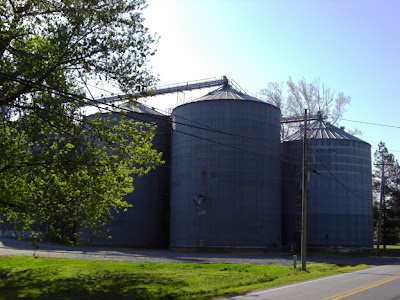 They have lots of grain storage right across the street. 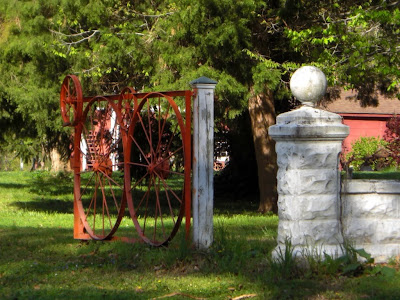 A few doors down I saw this gate made out of old wagon wheels. 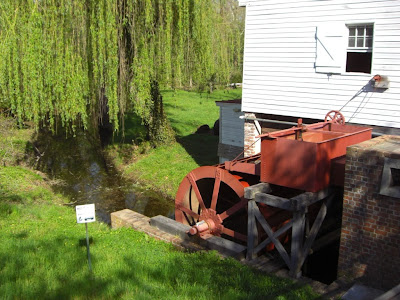 The Wye Grist Mill is still in operation 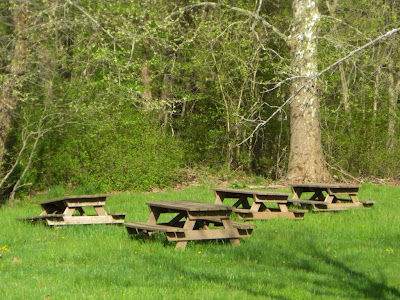 There are picnic tables nearby 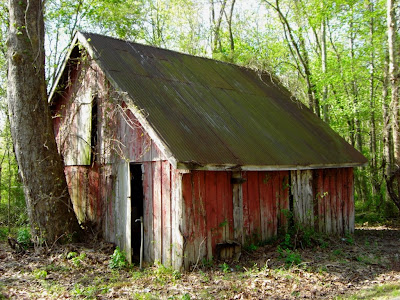 and an old abandoned barn is just around the corner

So if you aren't in a big hurry to get to or from the beach the way I usually am, visiting the Wye Oak is a great little side trip to take along the way. Here are some links to additional information about the Wye Oak:

The Quiet Giant, The Wye Oak

The Wye Oak Comes Down

My gosh! I do believe you are blogging! Interesting pictures. I've heard about the Wye Oak many times, but I never knew much about it.

Old barns always make for good pics. Whenever I see one, I want to go inside to see what's there.

I just don't know what got into me all of a sudden!

Those old pictures are interesting. I wish I'd taken the time to go see it sooner so that I'd have more of a sense of its longevity. I finally saw it, and a year or so later it was gone.

The "stump" which is cut very low to the ground shows how enormous the circumference actually was. It's pretty astounding. And it's not going to be there forever like the tree was.

Someday, I hope for the time to just follow the signs and figure out why they're there for trees and the absence thereof.

Kristin - I'm stopping (my car)to look at stuff more and more these days. With all the walking around that you do you probably see plenty of stuff along the way that most people miss.

I love that part of the Eastern Shore. I was at a conference there before 2002. I'm sorry I never paid attention the THE Wye Oak before it fell.

That little tree is going to take a long time to equal its predecessor.

I have a Chautauqua mug you won. We need to meet up sometime soon!

Barbara - I've gradually come to realize that there is a whole lot more to the Eastern Shore than just the beach. And yes, that little clone probably has another 450 years to go. I hope it makes it!

I'm so thrilled that I won something! And I'm not even a Scrabble player. Hopefully we can hook up sometime in the next couple of weeks.