My bass teacher from several years ago passed away last week. I've held off on writing about him because I really didn't want to interrupt the flow of thoughts and feelings I've been having since he passed, and writing would have done that. I think I'll just mention a few of the ways that he helped me to become a better bass player.

When I first met George, he was playing principal bass in an orchestra I had just joined and I could tell right away from his suggestions to the rest of the section that he would be an excellent teacher for me. At the time, I was teaching piano for a living and playing bass was still a relatively new hobby. George suggested that instead of paying for lessons, I could give his stepson piano lessons in exchange for bass lessons. This was a wonderful arrangement because not only did I not have to pay for lessons but I also got to work with Alex, which I really enjoyed.

Early on during my time working with George he convinced me to go to a week-long Francois Rabbath workshop in Cincinnati which completely changed my whole outlook on myself as a bass player. George's teaching is based in large part on Rabbath's techniques and as I studied with him many ideas that Rabbath had introduced began to fall into place. It all made so much sense physically to me. And emotionally. And musically. I reached a completely new level as a player during the time that I studied with George.

Possibly the most important thing that I learned from him is how seriously harmful modesty can be to musical communication. It gets in the way of how much you can feel and how much you can express. I already knew that, but since I was musically advanced enough to be completely aware of how unadvanced I sounded on the bass, I thought that I should be modest, out of consideration for others who might have the misfortune to hear me. George helped me to realize how this attitude was really holding me back, possibly more than anything else was, and I immediately began working harder with my students on exactly the same thing. It makes a such a huge difference when what you want to put out there doesn't have to pass through a curtain. You can give so much more, but the real reward is what comes back to you in return. This is something I'll always probably have to work on myself, but at least I get it. And I will always be grateful to George for showing me that.

The funeral was incredibly moving on many different levels. Except for the sermon, the entire service was sung in the traditional way by the choir that George had conducted at St. Marks Orthodox Church. The music was simple but extremely beautiful and made the content of the service seem that much more meaningful. The church was completely packed. I could really feel his presence coming back throughout the day from all of the many people who had gathered to pay their respects.


The International Society of Bassists wrote the following:

A Great Teacher - A Great Friend

George Vance passed away on August 16th after a brave battle with pancreatic cancer. He was internationally recognized as a pioneer of pedagogy for young bassists. The author of Progressive Repertoire for the Double Bass, a method for teaching the bass to young students, he was on the faculty of the University of Maryland, and lectured and gave clinics in Ireland, England, Finland, Sweden, Canada, Australia and throughout the United States, as well as holding his own popular annual workshop. A student of Tony Bianco and a graduate of Carnegie-Mellon University, he was awarded the American String Teachers Association "Citation for Outstanding Leadership and Merit" in 1990. In 1995 the International Society of Bassists presented him with a Special Recognition Award for his groundbreaking work. He held a teaching certificate from the Institut International François Rabbath.

There will be a requiem service and viewing Wednesday night, August 19th, from 7 pm until 9 pm at St. Mark Church, 7124 River Road, Bethesda, MD. On Thursday morning, August 20th, there will be a funeral service at the church at 10 am, followed by a graveside service at Rock Creek Cemetery, concluded by a lunch and reception at St Mark Church. All are welcome.

The ISB extends its deepest sympathies to George's family and students. His extended family family includes the many bassists around the world who have been inspired and influenced by his life's mission of teaching. George will live on in the memories of the students and colleagues whose lives he changed for the better. He made a difference in his too-short life, and we will miss him with all our hearts. 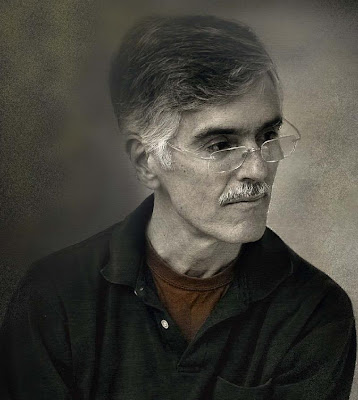 If you are interested in reading more about George and his remarkable teaching career please click here
Posted by Cyndy at 12:59 AM

I imagine his lessons on modesty translate to other skills and professions. Sorry for your loss.

Thank you Mike - I'm quite sure that is true.