After an easy overnight flight, we landed at the airport and caught a bus directly into town.  It dropped us off across the street from the Opera Garnier, about five blocks from our hotel.  Here's a shot of the French countryside on our approach to the airport: 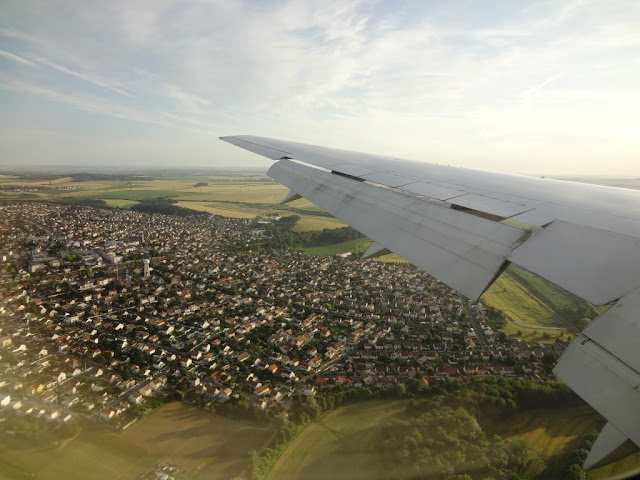 We dropped off our bags at our hotel, Hotel Ouest, near Gare St. Lazare (train and metro).  This was a great location for us because it was extremely centrally located with easy access to transportation, and a short walk to the Paris Conservatoire, where Doug would be attending the International Trombone Festival later in the week.

We had a few hours to kill before we could actually check in so we wandered on up to the school.  Right on the way, there were numerous instrument shops, including a bass store which had an amazing display of fancy bridges: 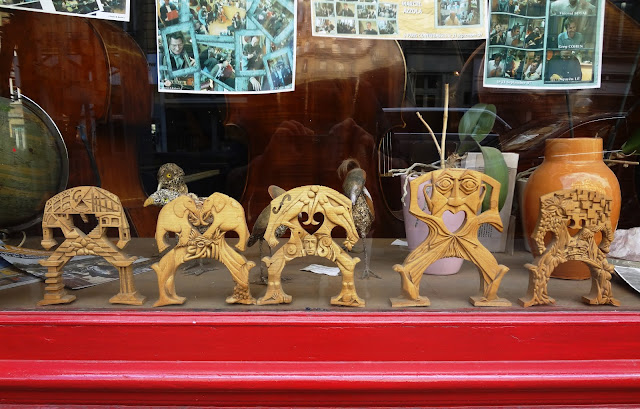 A couple of blocks later we arrived at the Conservatoire and had a look around. 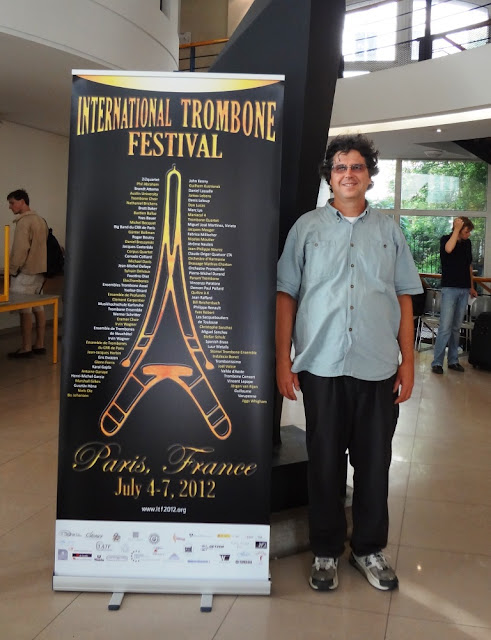 We wandered around for a bit more and then decided it was time to eat.  Doug decided to order a terrine - I think maybe it had duck meat in it.  He didn't exactly know what a terrine was and decided to find out.  We were definitely in the early stages of acquainting ourselves with French menus and decided to just order some random things.  I thought it actually tasted really good, in spite of the fact that I am not usually a fan of things embedded in gelatin. 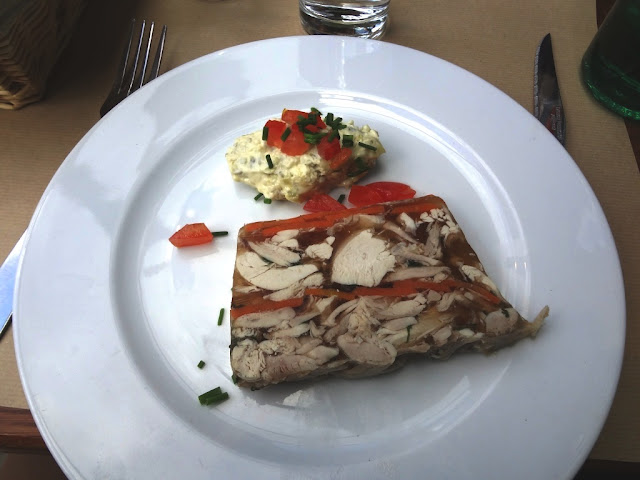 I got a salad with pieces of smoked duck.  It was delicious, except the duck was kind of rich so Doug ate about half of it.  This was the first of many wonderful meals.  We ate a LOT of salads and they were always excellent. 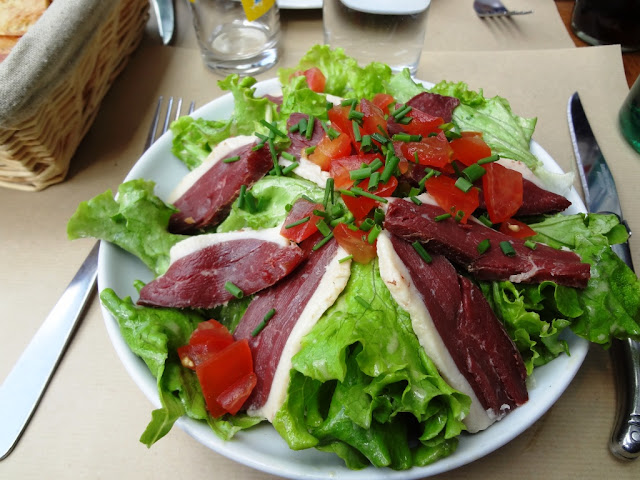 Finally it was check-in time and we took a desperately needed two hour nap so that we'd have enough energy to make it through the rest of the day and sort of get on a French sleep schedule.

Those are some funky bridges.

OMG, the duck looks either raw or smoked.

Yeah, kind of scary looking for my first meal - I hadn't gotten my French food vocabulary back yet and decided to take my chances and just order something. Fortunately it was smoked. And very delicious, but also very rich. I gave most of it to Doug.