We had been very excited about going to the Great Wall of China, but two meals at the same restaurant the day before had resulted in me having some, um, symptoms.....  so sleeping in and drinking lots of bottled water seemed like the best choice for the morning.  I had almost no appetite during the remainder of the trip, and actually for a couple of days after we got home.  But I'm fine now.

Doug was on a mad quest for tea and he also wanted to check out the musical instrument shops that we'd seen on the way to the Beijing Concert Hall the night before.  Fortunately those shops were on the way to the nearest subway stop.  My goals for the day were to see the Forbidden City and one of the famous marketplaces, and to not have any more digestive issues.

We went into a bunch of music stores which all smelled very strongly of Chinese food and/or dust.  But it was fun to see and hear the customers checking out and playing the various Chinese instruments that each shop sold.  Doug also found a tea store that had a good selection and he picked up a few different types of tea there. 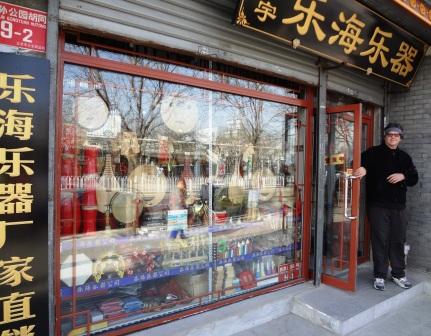 As we approached the subway that would take us up to Tianamen Square and the Forbidden City, we came across a small side street that looked interesting. It turns out that we'd stumbled upon one of the main smaller attractions in Beijing, although we didn't know it at the time. 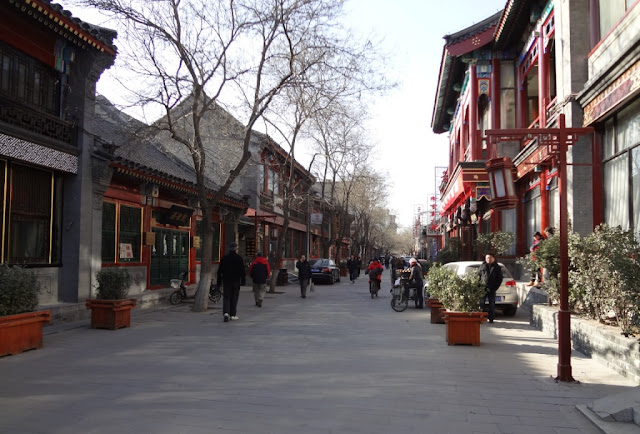 This is a street that is known for bookstores, calligraphy, and art galleries.  But Doug's tea needs were still not satisfied so when this lovely tea store owner invited us into her shop we went on in. 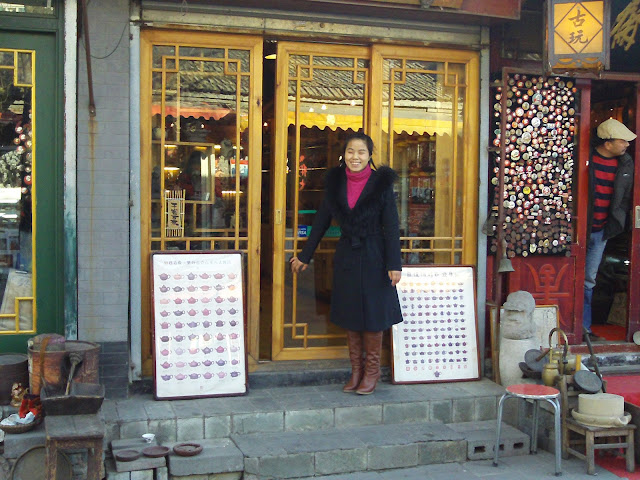 This was a "real" tea store, as opposed to the place we'd been before which just sold tea.  The store we were in now did the whole tea ceremony thing where they fix a pot of each tea that you are interested in, and they pour hot water over the pot several times and they also pour the tea over the lucky ceramic frog before serving it. 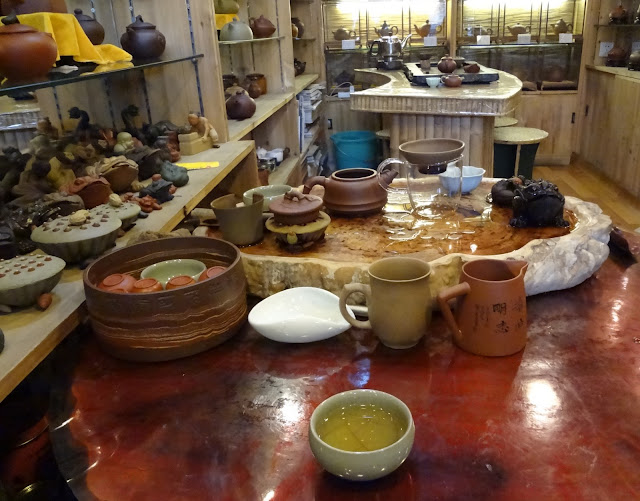 It was a completely delightful experience and we bought several more teas including some lychee tea which is supposedly good for digestion in addition to being delicious.  This from a coffee drinker. 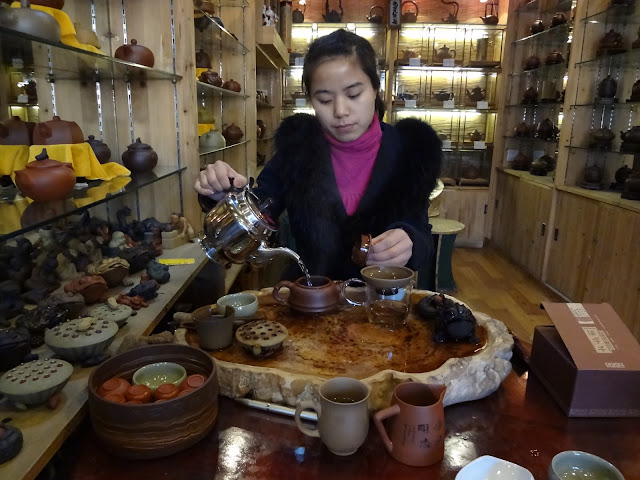 If you ever happen to find yourself in Beijing and want to have a nice tea drinking/buying experience, I highly recommend that you visit this shop.  They also have an extensive selection of teapots, beautifully handcrafted by her brother. 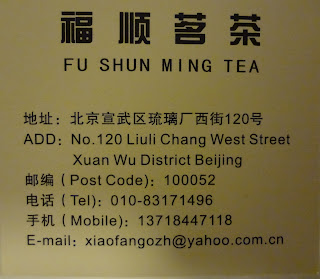 We continued down this street, visiting bookstores, art supply stores, and galleries, completely forgetting about our intention to visit the Forbidden City. 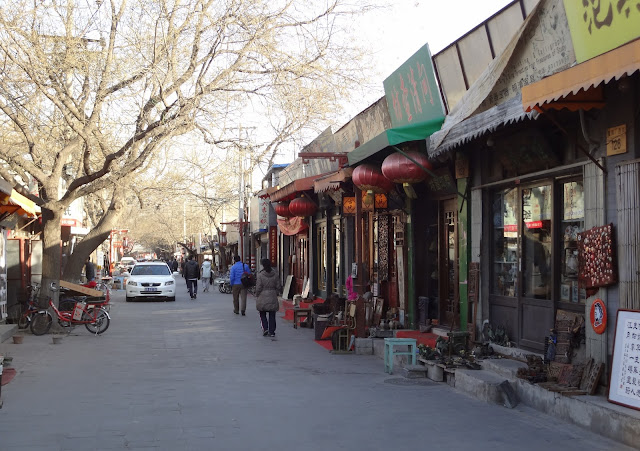 Here's a bit of information about this historical old street: 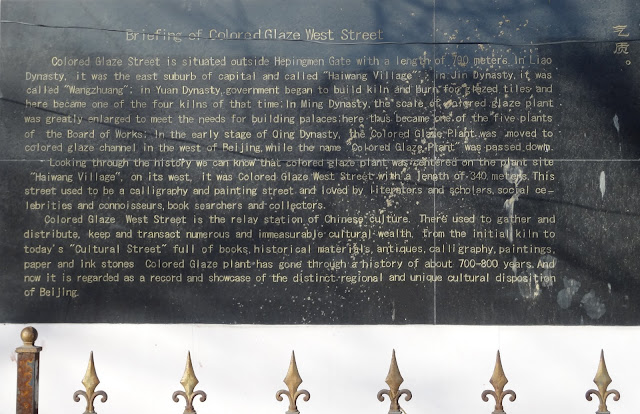 It was getting to be kind of late in the afternoon so we wandered back back in the direction of the hotel, thinking we might at least hit the market nearby.  We saw this pedestrian bridge on the way. 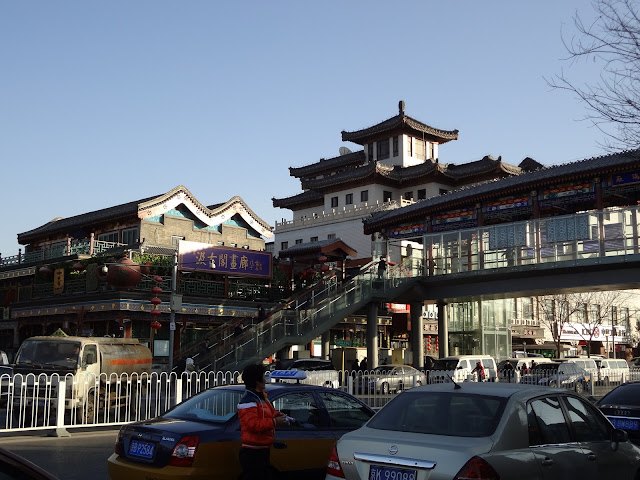 And this super fancy building on the corner. 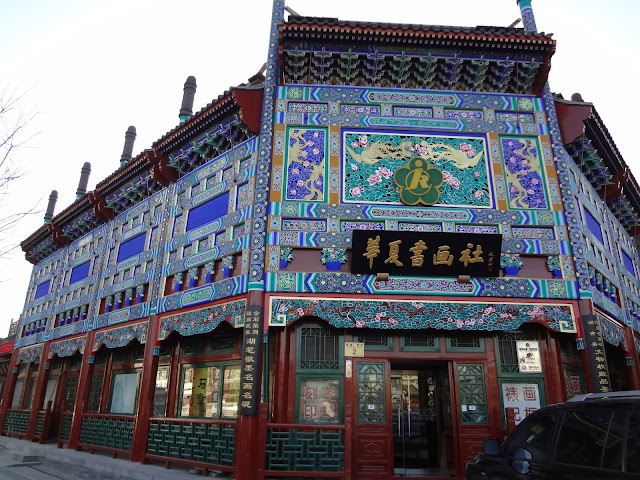 Here's a section of the ceiling of that pedestrian bridge: 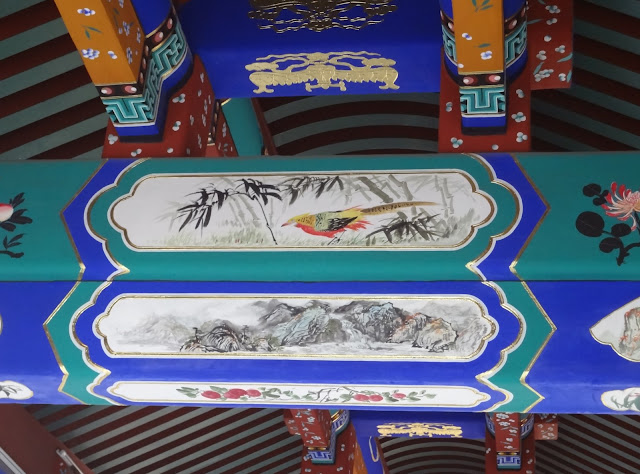 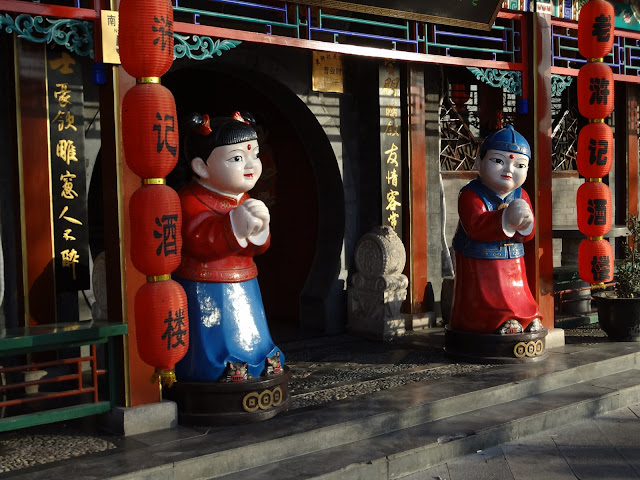 This fast food stand does NOT look like it would be a fun place to eat. 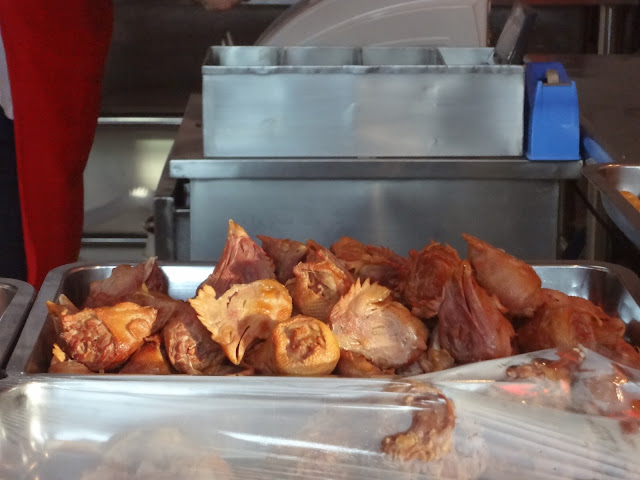 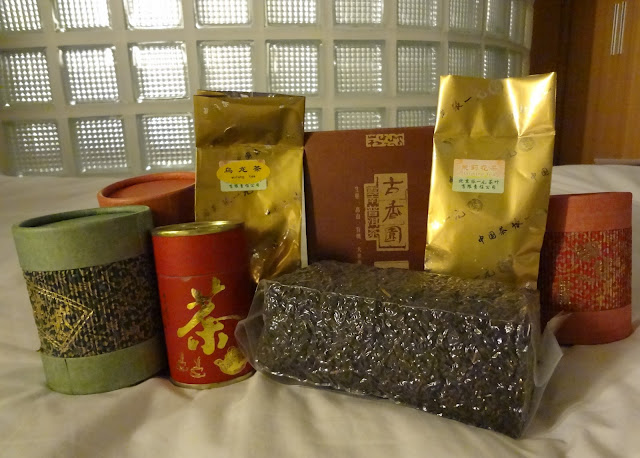 In spite of the fact that we did not go to any of the "must see" sights we still had a delightful day off in Beijing, just wandering around and enjoying the city.
Posted by Cyndy at 3:29 PM