Our last night in cold weather was a doozy.  We were scheduled to be on overnight sleeper buses to Beijing but the person designated to check them out determined that they were not up to our standards.  I think I heard that they smelled bad.  It was probably stale cigarette smoke or something like that.  So we ended up on three non-sleeper buses so that each person would at least have a pair of seats to stretch out on instead of having a seatmate.  These buses were supposedly heated, but the bus I was on was incredibly cold the entire night.  Maybe the heat didn't make it all the way to the back of the bus.  I was pretty much awake shivering throughout the entire night.  It was hopeless trying to sleep.

So we got to the Beijing Airport the next morning all refreshed from the icy cold air, hahaha, in plenty of time to catch our flight to Shenzen down in the southern region near Hong Kong.  The toll booths in Beijing are very very fancy. 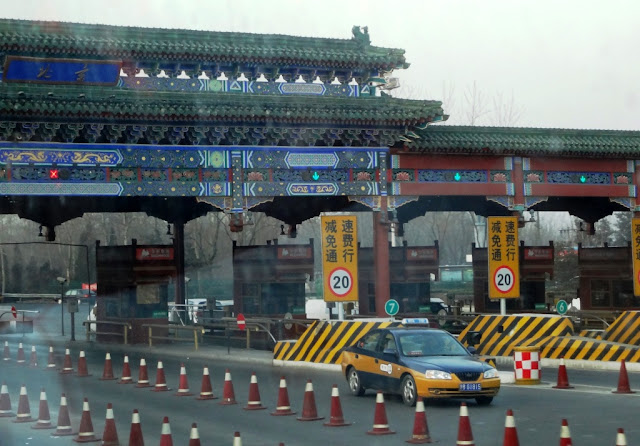 From Beijing we flew down to Shenzhen which is in the southeast, fairly close to Hong Kong.  The weather was fantastic and put us all in a much better mood after our grueling night of freezing cold bus travel.  The hotel was beautiful.  Check out the lobby: 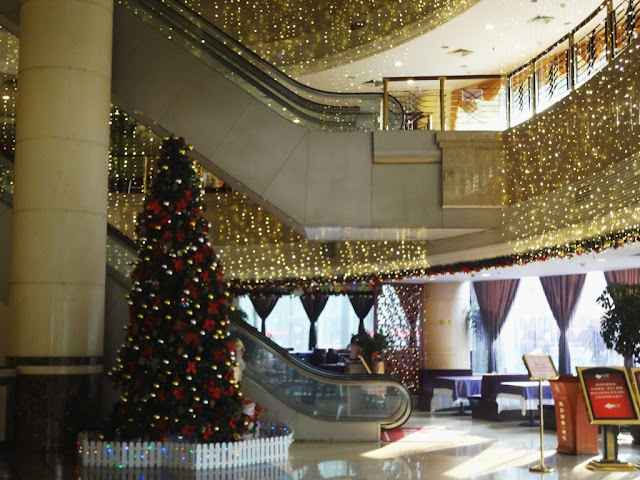 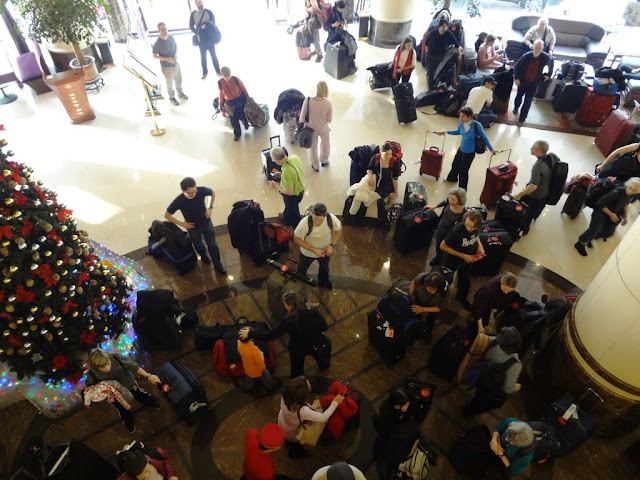 We were on the 23rd floor.  Here's the view from our hotel room window: 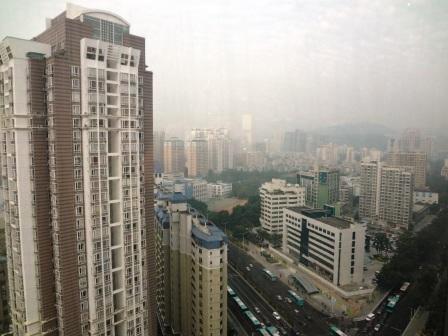 There was also this note: 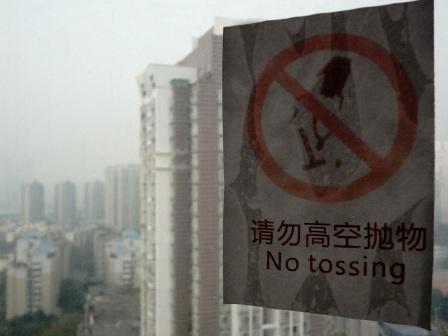 The Shenzhen Concert Hall was gorgeous.  Unfortunately I somehow how managed to forget to take a picture of it.  But here's a shot of the lobby: 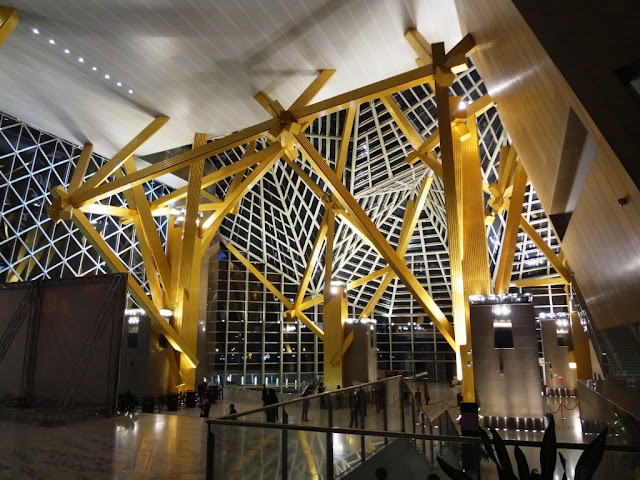 And there was an enormous billboard-sized promo banner of us in the lobby too! 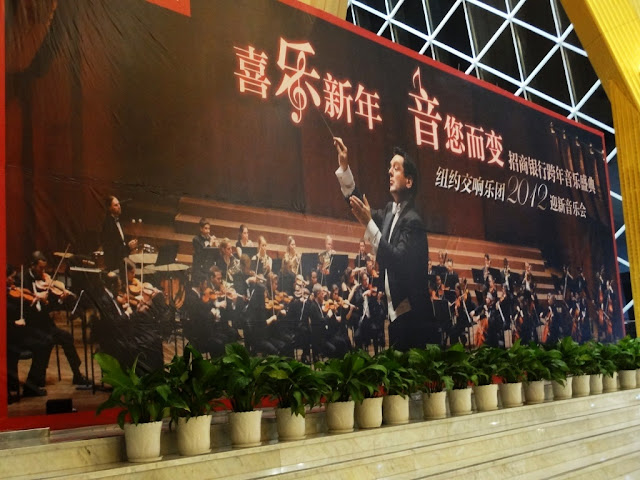 That definitely beats every tollbooth I've seen on the Jersey Turnpike...

It certainly does, although I don't think they have EZpass.