China Day Nine - back to the frozen North

After our two days of warmth and recovery from the cold we headed back up for our final concert in the Laioning Province.  We played a total of five concerts in this area, in Qingdao, Dalian, Jinzhou, Chaoyang, and now Shenyang.

Here we are boarding our plane for the five hour flight to Shenyang. 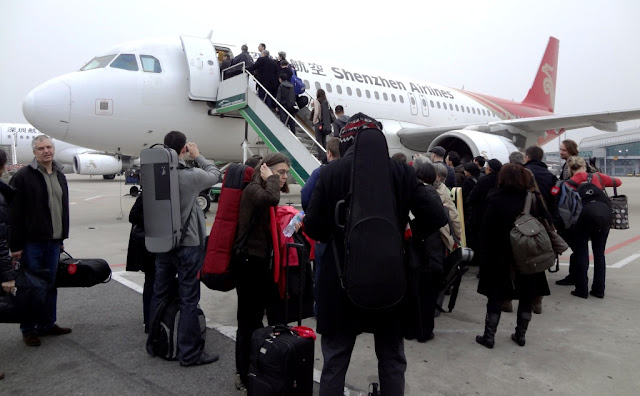 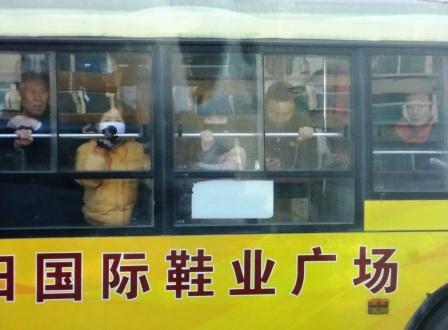 After a bus ride through the city we arrived at the theatre.  Our hotel was right next door, and accessible without having to go outside. 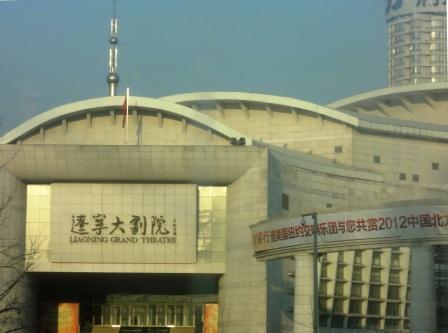 The rooms in this hotel were homey, but not particularly clean.  Several of our hotels were that way.  There would be different kinds of random miscellaneous deficiencies in cleanliness, like they had just forgotten to address one part of the cleaning.

The rooms were always neat and tidy, but sometimes there was dust around the perimeter of the room, sometimes it looked like they hadn't wiped off the counters after the last person, sometimes the room smelled a little, or had a dirty looking carpet, a moldy shower curtain, etc.  But the beds, sheets, and towels were always completely immaculate and fresh so that was always a relief.

Over all I would say that most American hotel rooms smell far worse than any of the ones in China did.  And I've been in a lot of hotel rooms so I know what I'm talking about.  Most of our hotel rooms in China didn't smell at all, even when they looked a little dirty.  I was both amazed and pleased by that. 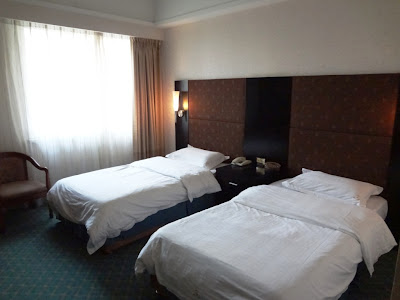 I was also pleased that the one picture in our room was of a bass player! 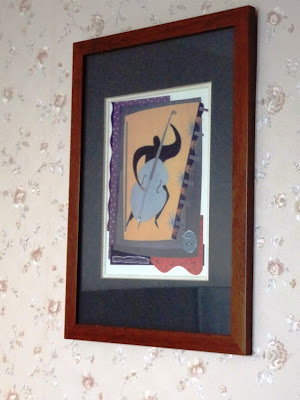 We weren't right smack in the middle of downtown - this view from our hotel room window shows how it is kind of off in the distance. 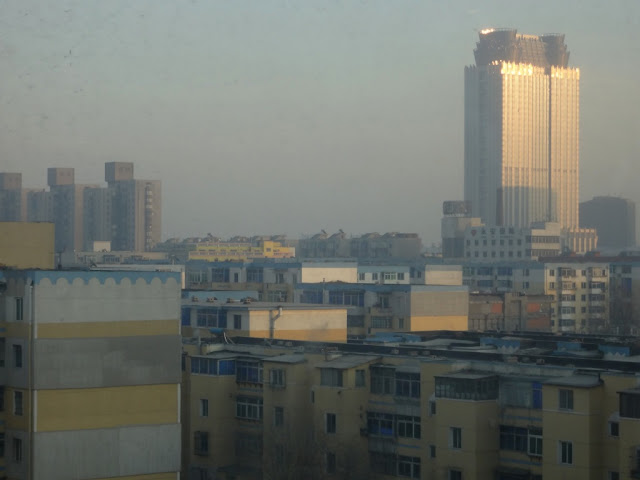 Since we'd been travelling all day and had a rare night off it was great to be able to have our daily dinner banquet at 7:30 instead of 10:30 for a change. 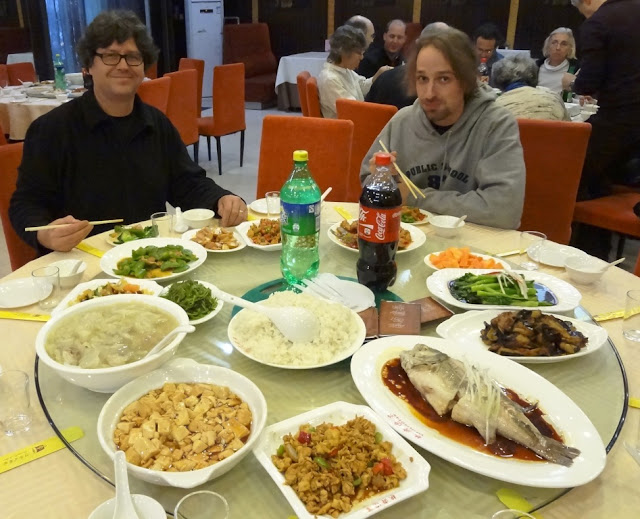