Today we went to the National Arboretum out on New York Avenue to do some research on crape myrtles. We want to plant some eventually and we had heard that they have a rather impressive array of them there.

The first thing we saw was the Capital Columns. They were moved from the Capital in 1958 to make way for an addition. I had no idea that I'd be seeing them. In the distance they look like ancient ruins. 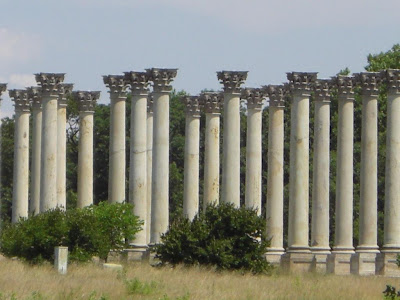 Then we saw the Giant Log Monster wandering through the underbrush. 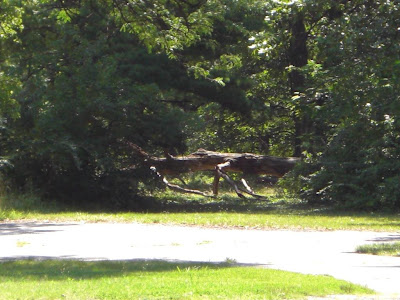 Finally we located the Crape Myrtles. They were magnificent. 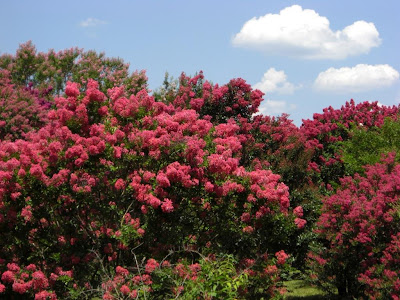 Some of them were quite huge. 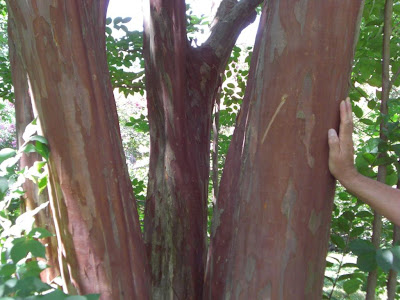 They came in all sorts of colors. 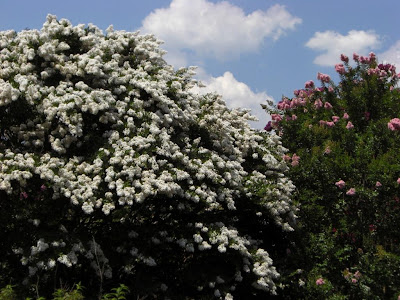 They have tons of crape myrtles, azaleas, magnolias, and other stuff there just growing wild. The grounds of the Arboretum are huge. You can't really walk around and see everything unless you spend the entire day walking. A lot of it has a slighty abandoned quality which is unusual for something that has "National" in its name. But the slightly independant character is kind of fitting in a way. They also have a pretty large formal Chinese garden which we didn't really have a chance to look at. We'll check it out next time.

I love your photos. Crape myrtles and the arboretum are two of my favorite things. I count myself lucky to live only two miles from the arboretum and I go there quite a bit. It's a great place to walk, jog (when my knees were younger), and bike. There's always something going on with the plant life there, even now in the dead of winter when you'd think everything was all shriveled up and dead. What a fascinating place!

I just now saw your comment! I remember seeing nearly the same picture of the columns on your blog awhile back, but sometime after I'd taken these. You are lucky to live so close to the Arboretum. I live near Brookside Gardens, but it is tiny by comparison. We still haven't planted any crape myrtles yet. Maybe that will happen later this year.

Great shot of the columsn. Does look like an ancient rtuin. Expecially with the long grass in front of them. I have a picture of the same tree trunk. The bark, or the lack there of, is fascinating. Are the flowers you have pictured coming from the tree trunk in this shot?
The downed tree does look like a dragon or something crossing the road. Great shots.

Thanks Garrett! If I remember correctly, this particular trunk was near the parking lot and the flowers were lavender. But it's been a while so I could be mistaken about the flower color.