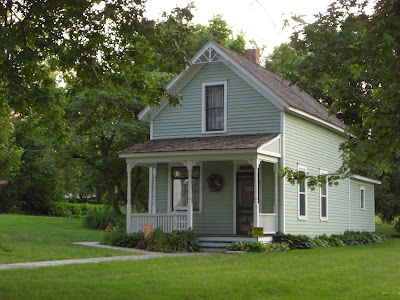 I had an absolute blast playing at the Glenn Miller Festival with the Jack Million Big Band from Belgium. They were all outstanding musicians and super nice people too. I really enjoyed getting to know all of them. I was also very happy to spend an entire week playing with Brooks Tegler on drums. The singers that came with the band from Belgium were first rate, as was the guest singer, Jan Eberle. She is the daughter of Ray Eberle, one of Glenn Miller's original singers, and she actually spent her early childhood on the road with the band in the 1960's. Here we are: 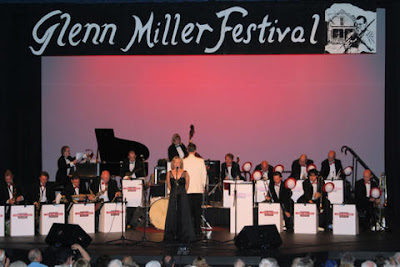 They had a very large exhibit of Glenn Miller memorabilia. I was rather amused when someone pointed out an old newspaper article on one of the tables which featured a picture of my husband who was there performing with the Airmen of Note. 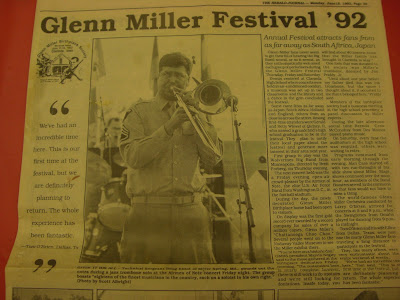 For the festival we played two rehearsals, three concerts, a dance, and a parade through town. On the last day we played a concert just outside of Des Moines which honored the soldiers from Iowa who have perished while serving their country.
Posted by Cyndy at 4:07 AM